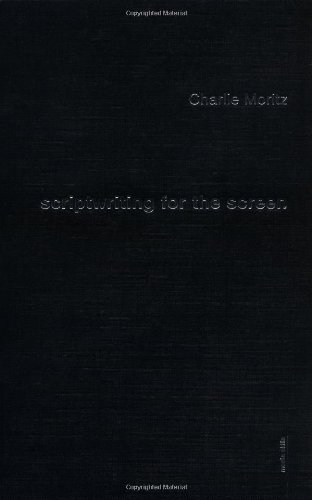 Scriptwriting for the Screen Summary

Scriptwriting for the Screen is an accessible guide to writing for film and television. It details the first principles of screenwriting and advises on the best way to identify and formulate a story and develop ideas in order to build a vivid, animated and entertaining script.
The book introduces the reader to the essential skills of writing effective drama. Using examples of scripts from a range of films and television programmes such as, American Beauty, The English Patient, The Fisher King, My Left Foot, Shallow Grave, Casablanca, Coronation Street and Our Friends in the North, Scriptwriting for the Screen includes:
* Advice on how to visualise action and translate this into energetic writing
* How to dramatise writing, use metaphor and deepen meaning
* Tips on how to determine the appropriate level of characterisation for different types of drama
* Practical exercises and examples which help develop technique and style
* A guide to further reading.

Scriptwriting for the Screen Reviews

..."the Routledge Media Skills series.... offering solid how-to-do-it advice for those embarking on a career in journalism or television...and together they are beginning to form a comprehensive textbook published in installments."
-Bruce Hamlin, City University, London, in Journalism
..."the growing and important Media Skills stable from Routledge."
-John Herbert, Staffordshire University, in Journalism Studies

Charlie Moritz is a freelance scriptwriter who has written for both television and theatre. He teaches screenwriting at Manchester Metropolitan University and has also taught at the RITS School of Film and Television in Brussels.

Preface. Acknowledgments 1. Scripting stories; some first principles 2. Ideas into action 3. Just picture it; visualising the action 4. Character: the "Who?" and the "How?" of characters in action 5. Dialogue 6. Making scenes, building sequences 7. Metaphor and moment: Deepening your drama 8. Subtext 9. Pulling it all together Bibliography and suggested reading Index

GOR010752310
Scriptwriting for the Screen by Charlie Moritz (Manchester Metropolitan University, UK)
Charlie Moritz (Manchester Metropolitan University, UK)
Used - Very Good
Hardback
Taylor & Francis Ltd
2001-05-03
192
0415229111
9780415229111
N/A
Book picture is for illustrative purposes only, actual binding, cover or edition may vary.
This is a used book - there is no escaping the fact it has been read by someone else and it will show signs of wear and previous use. Overall we expect it to be in very good condition, but if you are not entirely satisfied please get in touch with us.