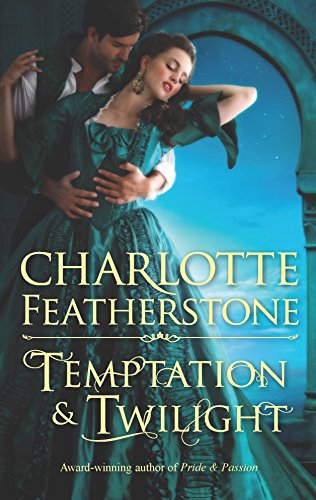 Iain Sinclair, Marquis of Alynwick, is certain there is a special hell for him. An unrepentant rake, he holds nothing sacred--except for beautiful Elizabeth York. For years, Alynwick has tried to forget the woman he loved so well, and treated so badly. A woman who could hold nothing in her heart for him but hatred.

All of society believes Elizabeth, the blind daughter of a duke, to be a proper young lady. But no one knows of her wanton affair with Alynwick. When Lizzy learns of her ancestor's ancient diary--filled with exotic tales--she longs to uncover the identity of the unnamed lover within and hesitantly agrees to allow Alynwick, who claims to have knowledge of the "veiled lady," to help her solve the mystery.

Eager to be Lizzy's eyes, Alynwick brings the seductive text to life, and each night it takes greater effort for her to remember his betrayal. With each whispered word, her resolve gives way, without her knowing that a centuries-old secret will lead them to a present-day danger.

Secrets, passions and conflicts abound as readers are led through a labyrinth of plot twists, seances supernatural revelations, visions and love scenes that take their breath away and leave them panting for more."-RT Book Reviews on Seduction & Scandal

GOR010234566
Temptation & Twilight by Charlotte Featherstone
Charlotte Featherstone
Brethren Guardians
Used - Like New
Paperback
HarperCollins Publishers
2012-06-26
395
0373776624
9780373776627
N/A
Book picture is for illustrative purposes only, actual binding, cover or edition may vary.
The book has been read, but looks new. The book cover has no visible wear, and the dust jacket is included if applicable. No missing or damaged pages, no tears, possible very minimal creasing, no underlining or highlighting of text, and no writing in the margins.