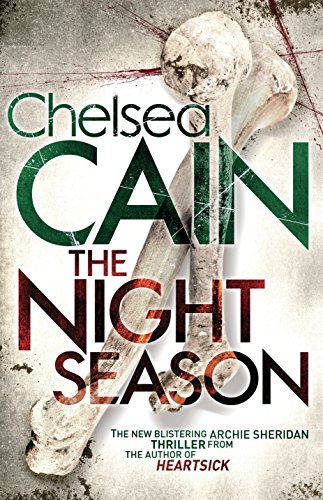 The Night Season
by Chelsea Cain

In Stock
$14.49
+10% GST
The blistering new Archie Sheridan thriller from the author of Evil at Heart
Very Good Good
Only 4 left

The Night Season by Chelsea Cain

A city on flood alert, a killer on the rampage

Heavy rains have burst the banks of the WillametteRiver; several people have died in the furiously rising waters ... but the latest victim didn't drown: She was killed before she went into the water. Soon, other victims are found, and Police Detective Archie Sheridan realizes that Portland has a new serial killer on its hands.

Reporter Susan Ward is on the story, but she's also got other leads to chase, and some secrets can be too frightening for prying eyes ... with Archie following a bizarre trail of evidence, and Susan close behind, the pair must unearth the identity of a vicious murderer, and uncover the truth behind a mystery more than sixty years old ...

GOR002664153
The Night Season by Chelsea Cain
Chelsea Cain
Used - Very Good
Paperback
Pan Macmillan
2011-03-04
336
0230757847
9780230757844
N/A
Book picture is for illustrative purposes only, actual binding, cover or edition may vary.
This is a used book - there is no escaping the fact it has been read by someone else and it will show signs of wear and previous use. Overall we expect it to be in very good condition, but if you are not entirely satisfied please get in touch with us.