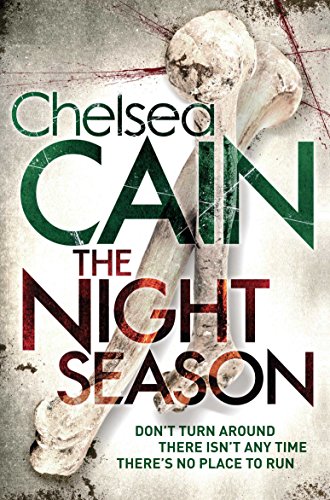 The Night Season
by Chelsea Cain

In Stock
$14.99
inc. GST
The blistering new Archie Sheridan thriller from the author of Evil at Heart
Very Good Good
11 in stock

The Night Season by Chelsea Cain

A city on flood alert, a killer on the rampage

Heavy rains have burst the banks of the WillametteRiver; several people have died in the furiously rising waters ... but the latest victim didn't drown: She was killed before she went into the water. Soon, other victims are found, and Police Detective Archie Sheridan realizes that Portland has a new serial killer on its hands.

Reporter Susan Ward is on the story, but she's also got other leads to chase, and some secrets can be too frightening for prying eyes ... with Archie following a bizarre trail of evidence, and Susan close behind, the pair must unearth the identity of a vicious murderer, and uncover the truth behind a mystery more than sixty years old ...

"High-octane...quick-paced...frightening...The world that Cain creates is as dark and ominous as ever....This is the mood that Cain has mastered: the dread of knowing that something is off...It is what presses her readers onward, pulses racing." --"The New York Times Book Review"

""The Night Season" has headlong pacing, endearing characters, twisted humor, and scalpel-sharp descriptions of murder and mayhem. It grabs you like a deadly undertow and doesn't let go."--"Parade" Magazine (Parade Picks)

"The suspense is plentiful and Cain's evocation of the gloomy atmosphere and Portland setting is superb...excellent...the new queen of serial-killer fiction."--"Kirkus Reviews"

"Cain easily weaves the history of the real-life Vanport flood with her trademark heart-stopping moments, and fans will be pleased to see the series flourishing withough Gretchen on every page."--"Publishers Weekly "(A Top 10 Mystery of the Year)"Chelsea Cain has a scary talent for creating twisted characte

GOR003080762
The Night Season by Chelsea Cain
Chelsea Cain
Used - Very Good
Paperback
Pan Macmillan
2011-09-02
400
0330512838
9780330512831
N/A
Book picture is for illustrative purposes only, actual binding, cover or edition may vary.
This is a used book - there is no escaping the fact it has been read by someone else and it will show signs of wear and previous use. Overall we expect it to be in very good condition, but if you are not entirely satisfied please get in touch with us.