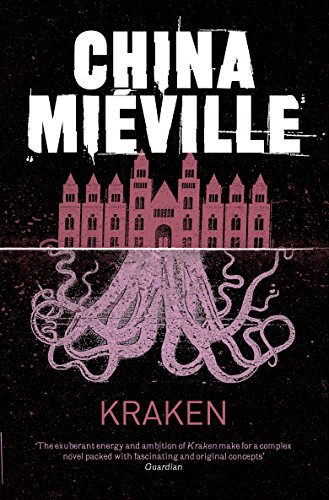 Used Price
$35.99
inc. GST
Free Shipping in Australia
A dark urban fantasy thriller from one of the all-time masters of the genre
Like New Very Good Good

Deep in the research wing of the Natural History Museum is a prize specimen, something that comes along much less often than once in a lifetime: a perfect, and perfectly preserved, giant squid. But what does it mean when the creature suddenly and impossibly disappears?

For curator Billy Harrow it's the start of a headlong pitch into a London of warring cults, surreal magic, apostates and assassins. It might just be that the creature he's been preserving is more than a biological rarity: there are those who are sure it's a god.

A god that someone is hoping will end the world.

China Mieville lives and works in London. He is three-time winner of the prestigious Arthur C. Clarke Award (Perdido Street Station, Iron Council and The City & The City) and has also won the British Fantasy Award twice (Perdido Street Station and The Scar). The City & The City, an existential thriller, was published to dazzling critical acclaim and drew comparison with the works of Kafka and Orwell (The Times) and Philip K. Dick (Guardian).

GOR009201467
Kraken by China Mieville
China Mieville
Used - Like New
Paperback
Pan Macmillan
2011-01-01
496
0330492322
9780330492324
Winner of Locus Award Best Fantasy Novel 2011 (UK) Short-listed for The Kitschies Red Tentacle Award for Best Novel 2011 (UK) Long-listed for International IMPAC Dublin Literary Award 2012 (Ireland)
Book picture is for illustrative purposes only, actual binding, cover or edition may vary.
This is a used book - there is no escaping the fact it has been read by someone else and it will show signs of wear and previous use. Overall we expect it to be in very good condition, but if you are not entirely satisfied please get in touch with us.