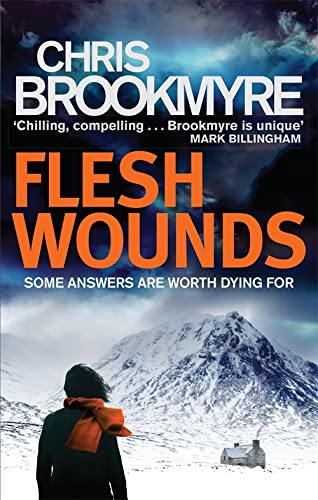 Out of Stock
$17.49
inc. GST
Some secrets are worth dying for... From the unique mind of Chris Brookmyre comes the new Jasmine Sharp thriller, a dark masterpiece of crime fiction.
Very Good
Only 0 left

The third book in the Jasmine Sharp series, from author Christopher Brookmyre.

One crime brought them together . . .

Private investigator Jasmine Sharp should have wanted him dead.

Yet somehow, Jasmine bonded with Glen Fallan, the man who killed her father before she was born. Now he has been arrested for the murder of a local gangster, and Jasmine must finally enter his violent domain to seek answers.

Detective Superintendent Catherine McLeod is in fear for her life.

When she discovers a symbol daubed on the head of Fallan's alleged victim, it unearths secrets that will threaten everything Catherine holds dear.

One murder. Two women. A lifetime of lies revealed.

Chris Brookmyre was a journalist before becoming a full-time novelist with the publication of his award-winning debut Quite Ugly One Morning, which established him as one of Britain's leading crime authors. His Jack Parlabane novels have sold more than one million copies in the UK alone, and Black Widow won both the McIlvanney Prize and the Theakston's Old Peculier Crime Novel of the Year award.

GOR005916889
Flesh Wounds by Chris Brookmyre
Chris Brookmyre
Jasmine Sharp
Used - Very Good
Paperback
Little, Brown Book Group
2014-07-03
496
0349138702
9780349138701
Short-listed for Deanston Scottish Crime Book of the Year Award 2014 (UK)
Book picture is for illustrative purposes only, actual binding, cover or edition may vary.
This is a used book - there is no escaping the fact it has been read by someone else and it will show signs of wear and previous use. Overall we expect it to be in very good condition, but if you are not entirely satisfied please get in touch with us.