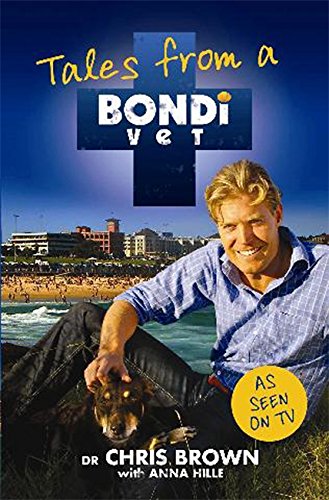 Tales from a Bondi Vet
by Chris Brown

Tales from a Bondi Vet Summary

Tales from a Bondi Vet: An international hit TV series by Chris Brown

As the son of a country vet, animals have been a part of Dr Chris Brown's life for as long as he can remember - so it's not surprising that he has followed in his father's veterinary footsteps. But Chris's life has one twist his dad never had to deal with...a TV camera crew following him around to capture the day-to-day life of an urban vet.

TALES FROM A BONDI VET is based on the Australian tv series Bondi Vet, in which Chris stars, and tells his story along with the funny, strange and sometimes heartbreaking tales of his patients and their owners.

From the moment a trembling Rottweiler called Zenna is brought into his clinic we follow the progress of Chris's many patients as he treats anything from poisoning, snake bite, near-drowning and trauma to cosmetic surgery, and love gone wrong. On call twenty-four hours a day, anything can happen...and often does

Anna Hille is the author of three non-fiction titles and, under another name, several works of fiction.

GOR002662226
Tales from a Bondi Vet: An international hit TV series by Chris Brown
Chris Brown
Used - Very Good
Paperback
Hachette Australia
2008-08-20
304
0733623921
9780733623929
N/A
Book picture is for illustrative purposes only, actual binding, cover or edition may vary.
This is a used book - there is no escaping the fact it has been read by someone else and it will show signs of wear and previous use. Overall we expect it to be in very good condition, but if you are not entirely satisfied please get in touch with us.