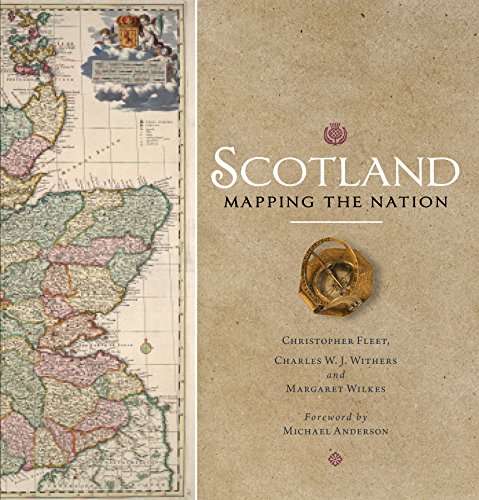 Used Price
81,99 $
inc. GST
Free Shipping in Australia
Winner of the Saltire Society Scottish Research Book of the Year award 2012 A history of Scotland told from the innovative perspective of maps and map-making, beautifully illustrated throughout with full-colour plates.
Very Good

Whilst documents and other written material are obvious resources that help shape our view of the past, maps too can say much about a nation's history. This is the first book to take maps seriously as a form of history, from the earliest representations of Scotland by Ptolemy in the second century AD to the most recent form of Scotland's mapping and geographical representation in GIS, satellite imagery and SATNAV.

Compiled by three experts who have spent their lives working with maps, Scotland: Mapping the Nation offers a fascinating and thought-provoking perspective on Scottish history which is beautifully illustrated with complete facsimiles and details of hundreds of the most significant manuscript and printed maps from the National Library of Scotland and other institutions, including those by Timothy Pont, Joan Blaeu and William Roy, amongst many others.

'much more than a visual treat . . . elegantly written, thoroughly referenced and exsquisitely presented'

'Some books are simply so magnificent in their scope and execution you know they are destined to become classics from the moment you open the cover and begin to turn the pages. "Scotland: Mapping the Nation" is one of those books'

Chris Fleet studied Geography at the University of Durham. He is Senior Map Curator in the National Library of Scotland. In 2010, he was awarded the Fellowship of the Royal Scottish Geographical Society.

Margaret Wilkes is a Member of the Steering Committee of the Scottish Maps Forum, a Director of The Royal Scottish Geographical Society, Convenor of its Collections & Information Committee and Joint Chairman of its Edinburgh Centre.

Charles W.J. Withers is Professor of Historical Geography at the University of Edinburgh. He is a Fellow of the British Academy, the Royal Society of Edinburgh and The Royal Scottish Geographical Society.

GOR005274553
Scotland: Mapping the Nation by Chris Fleet
Chris Fleet
Used - Very Good
Paperback
Birlinn General
2012-08-20
336
1780270917
9781780270913
N/A
Book picture is for illustrative purposes only, actual binding, cover or edition may vary.
This is a used book - there is no escaping the fact it has been read by someone else and it will show signs of wear and previous use. Overall we expect it to be in very good condition, but if you are not entirely satisfied please get in touch with us.