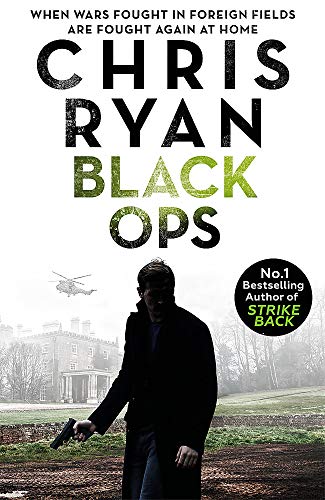 The seventh book in the bestselling Danny Black series

To murder an SAS man is no easy task. So when three former Regiment guys turn up dead, brutally butchered in different corners of the globe, the hunt is on for a pro.

But sometimes it takes a killer to catch a killer.

When the Regiment legend learns that his prime suspect is a top MI6 agent, highly trained in the SAS's dark arts and currently operating deep under cover, he knows that this will be no ordinary mission. It will be a black op of the highest secrecy and utmost urgency. A black op Hereford will only entrust to Danny.

With the help of the target's impressive female MI6 handler, and accompanied by a grizzled bunch of former special forces operatives, the trail will take him across the world: from Hereford to London to the Brecon Beacons, and from the bright lights of Beirut to the badlands of the Syrian desert.

But there is more to this mission than Danny can ever know, and in the secret world, sometimes your deadliest enemy is much, much closer to home.

In the secret world, the hunter can quickly become the hunted.

As the tracer rounds fly and the body count rises, could it be that Danny Black has finally met his match?

Praise for Chris Ryan * : *
The action comes bullet-fast and Ryan's experience of covert operations flash through the high-speed story like tracer rounds. * The Sun *
Nobody takes you to the action better than Ryan, because he's the real deal, and this muscle-and-bone thriller will have fans' blood pumping. * Evening Standard *
Ryan chooses fiercely up-to-the-minute plots, and laces them with an exceptional eye for detail and insider knowledge ... Fearsome and fast-moving. * Daily Mail *

Former SAS corporal and the only man to escape death or capture during the Bravo Two Zero operation in the 1991 Gulf War, Chris Ryan turned to writing thrillers to tell the stories the Official Secrets Act stops him putting in his non-fiction. His novels have gone on to inspire the Sky One series Strike Back.

Born near Newcastle in 1961, Chris Ryan joined the SAS in 1984. During his ten years there he was involved in overt and covert operations and was also sniper team commander of the anti-terrorist team. During the Gulf War, Chris Ryan was the only member of an eight-man unit to escape from Iraq, where three colleagues were killed and four captured. It was the longest escape and evasion in the history of the SAS. For this he was awarded the Military Medal.

He wrote about his experiences in the bestseller The One That Got Away, which was adapted for screen, and since then has written three other works of non-fiction, over twenty bestselling novels and a series of childrens' books.

GOR010056715
9781473668065
1473668069
Black Ops: Danny Black Thriller 7 by Chris Ryan
Chris Ryan
Danny Black
Used - Like New
Hardback
Hodder & Stoughton
2019-08-22
288
N/A
Book picture is for illustrative purposes only, actual binding, cover or edition may vary.
The book has been read, but looks new. The book cover has no visible wear, and the dust jacket is included if applicable. No missing or damaged pages, no tears, possible very minimal creasing, no underlining or highlighting of text, and no writing in the margins
Trustpilot