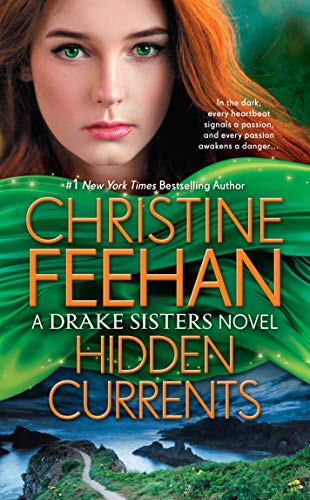 Used Price
$13.99
inc. GST
Free Shipping in Australia
In her Drake Sisters novels, #1 "New York Times"-bestselling author Feehan delivers everything her fans have come to expect ("Publishers Weekly"). Now, she exceeds expectations as the fate of all seven sisters depends on the destiny of one. Original.
Well Read

In her Drake Sisters novels, #1 New York Times bestselling author Christine Feehan delivers "everything her fans have come to expect" (Publishers Weekly). Now, she exceeds expectations as the fate of all seven sisters depends on the destiny of one...

From afar, Sheriff Jackson Deveau has always loved Elle Drake, the youngest telepath of seven sisters. After a long time away she's finally returning home to the small coastal village of Sea Haven. But someone has been following Elle, someone who doesn't want her to make it back. And when Elle fails to arrive, her disappearance strikes fear in the hearts of everyone who loves her. Now it's left to Jackson to uncover the mystery of Elle's vanishing, and rescue her from an unseen danger. But Sea Haven is no longer safe for anyone, and it'll take the powers of all the Drake sisters and their men to survive the coming storm.

Praise for Christine Feehan and her Drake Sisters series

"The queen of paranormal romance."--USA Today

"The Drake series is a complex blend of fantasy and suspense."--Booklist

Christine Feehan is the #1 New York Times bestselling author of the Carpathian series, the GhostWalker series, the Leopard series, the Shadow Riders series, and the Sea Haven novels, including the Drake Sisters series and the Sisters of the Heart series.

GOR009218657
Hidden Currents by Christine Feehan
Christine Feehan
Drake Sisters Novels
Used - Well Read
Paperback
Penguin Putnam Inc
2009-07-01
467
0515146471
9780515146479
N/A
Book picture is for illustrative purposes only, actual binding, cover or edition may vary.
This is a used book. We do our best to provide good quality books for you to read, but there is no escaping the fact that it has been owned and read by someone else previously. Therefore it will show signs of wear and may be an ex library book.