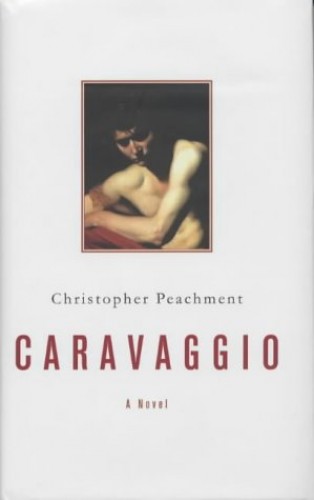 An enthralling fictional insight into the mind and underbelly of an artist whose rebellious life and revolutionary art shook the late-Renaissance world.

Caravaggio: A novel by Christopher Peachment

Peachment's imagined Caravaggio, while still a child, overhears his parents discussing one of his sketches, and realizes he has a talent which sets him apart from the world. He leaves family and home forever to map out a solitary traveller's life.

Caravaggio became a revolutionary of his time, a rebellious and dangerous man to know, a man governed by his genius, his indiscriminate sexual appetite and his murderous rage. His name was sought far and wide in the late-Renaissance world for his art. And there was a price on his head for at least one murder.

This is Caravaggio's confession, told in humorous, blasphemous, often brutal prose, which cleverly beguiles the reader into understanding the art that was so celebrated and the life that caused so much outrage.

Christopher Peachment is a journalist and renowned film critic. He lives in London.
GOR001523618
9780330487313
0330487310
Caravaggio: A novel by Christopher Peachment
Christopher Peachment
Used - Very Good
Hardback
Pan Macmillan
2002-02-08
304
N/A
Book picture is for illustrative purposes only, actual binding, cover or edition may vary.
This is a used book - there is no escaping the fact it has been read by someone else and it will show signs of wear and previous use. Overall we expect it to be in very good condition, but if you are not entirely satisfied please get in touch with us
Trustpilot