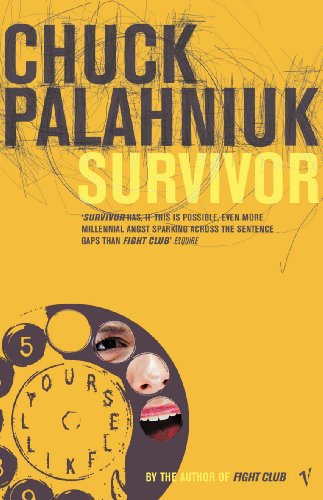 In Stock
$13.49
inc. GST
Tender Branson, the last surviving member of the Creedish death cult, has commandeered a Boeing 747, emptied of passengers, in order to tell his story to the plane's black box before it crashes.
Very Good Good Well Read
22 in stock

Tender Branson, the last surviving member of the Creedish death cult, has commandeered a Boeing 747, emptied of passengers, in order to tell his story to the plane's black box before it crashes. Brought up by the repressive cult and, like all Creedish younger sons, hired out as a domestic servant, Tender finds himself suddenly famous when his fellow cult members all commit suicide. As media messiah he ascends to the very top of the freak-show heap before finally and apocalyptically spiralling out of control.

"A comedy of horrors, a pantomimic romp through America's obsession with secrets and confessions" * Arena *
"Maybe our generation has found its Don DeLillo" * Bret Easton Ellis *
"Immensely entertaining...an extremly funny account of an outsider stuck inside America" * Independent on Sunday *
"Survivor comes bowling forth out of the same dark corner of the mind as Fight Club... Like its predecessor, it is a terminal novel, a novel that applies the firing-squad principle to extort tortured eloquence from its doomed narrator" * Esquire *
"Brilliant satire and savagely funny, Survivor offers much to admire. Palahniuk displays a swiftian gift for satire, as well as a knack for crafting mesmerizing sentences that loom with stark, prickly prose and repetitive rhythms" * San Francisco Chronicle *

Chuck Palahniuk is the bestselling author of fifteen fictional works, including Fight Club, Invisible Monsters, Survivor, Choke, Lullaby, Diary, Haunted, Rant, Pygmy, Tell-All, Damned, Doomed, Beautiful You, and most recently Make Something Up. He lives in the Pacific Northwest.

GOR001242267
Survivor by Chuck Palahniuk
Chuck Palahniuk
Used - Very Good
Paperback
Vintage Publishing
2000-08-03
304
009928264X
9780099282648
N/A
Book picture is for illustrative purposes only, actual binding, cover or edition may vary.
This is a used book - there is no escaping the fact it has been read by someone else and it will show signs of wear and previous use. Overall we expect it to be in very good condition, but if you are not entirely satisfied please get in touch with us.