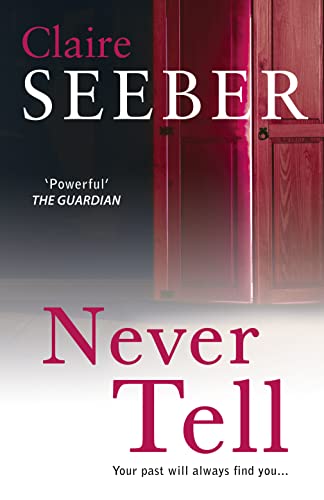 Your past will always find you...

Your past will always find you...

With her three beautiful children, millionaire husband and Cotswolds mansion, former investigative journalist Rose Miller has an enviable life. But behind the domestic bliss lies a secret past...

As Oxford students in the early nineties, Rose and James belonged to Society X, an elite clique that knew no boundaries. Led by the enigmatic Dalziel, the group were hell bent on breaking down society's norms - until an unimaginable tragedy occurs.

With the subsequent scandal covered up, Rose has settled into family life - but is afraid to admit her feelings of boredom. So when her ex-editor asks Rose to dig the dirt on a wealthy businessman new to the area, adrenaline enlivens her.

But as Rose's investigation begins to threaten her family she backs away - and then a tragedy at her home begins to widen the cracks in her domestic facade. As their world crumbles around them, is Rose about to atone for the sins of her past?

An utterly gripping novel that will captivate fans of Sophie Hannah and Nicci French.

`A dark, twisting thriller that shows all too well how you can never escape the sins of your past.' Simon Kernick

Born in London with a love of all things dramatic, Claire Seeber began her career as an actress. Soon deciding she'd rather pull strings safely behind the scenes, Claire forged a successful career in documentary television, enabling her to travel the world, glimpsing into lives otherwise unseen. Also a feature-writer for newspapers such as the Guardian, Independent on Sunday and the Telegraph, Claire now combines (furious) scribbling with keeping a beady eye on her two young sons.

GOR001727089
Never Tell by Claire Seeber
Claire Seeber
Used - Very Good
Paperback
HarperCollins Publishers
2010-04-15
384
0007334672
9780007334674
N/A
Book picture is for illustrative purposes only, actual binding, cover or edition may vary.
This is a used book - there is no escaping the fact it has been read by someone else and it will show signs of wear and previous use. Overall we expect it to be in very good condition, but if you are not entirely satisfied please get in touch with us.