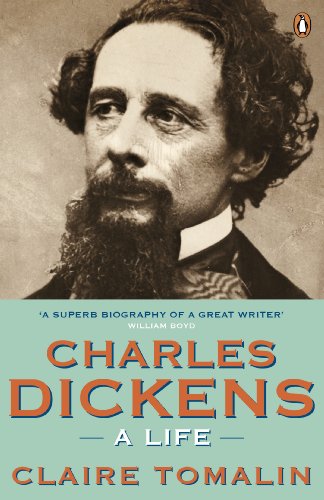 Charles Dickens was a phenomenon: a hardworking journalist, the father of ten children, a tireless walker and traveller, a supporter of liberal social causes, and a great novelist. This book paints a fresh portrait of Dickens, capturing the complex character of this great genius.

Charles Dickens was a phenomenon: a demonicly hardworking journalist, the father of ten children, a tireless walker and traveller, a supporter of liberal social causes, but most of all a great novelist - the creator of characters who live immortally in the English imagination: the Artful Dodger, Mr Pickwick, Pip, David Copperfield, Little Nell, Lady Dedlock, and many more.

At the age of twelve he was sent to work in a blacking factory by his affectionate but feckless parents. From these unpromising beginnings, he rose to scale all the social and literary heights, entirely through his own efforts. When he died, the world mourned, and he was buried - against his wishes - in Westminster Abbey.Yet the brilliance concealed a divided character: a republican, he disliked America; sentimental about the family in his writings, he took up passionately with a young actress; usually generous, he cut off his impecunious children.

From the award-winning author of Samuel Pepys, Charles Dickens: A Life paints an unforgettable portrait of Dickens, capturing brilliantly the complex character of this great genius. If you loved Great Expectations, Oliver Twist and A Christmas Carol, this book is invaluable reading.

'By far the most humane and imaginatively sympathetic account yet for the general reader' Amanda Craig, New Statesman

Claire Tomalin is the award-winning author of eight highly acclaimed biographies, including: The Life and Death of Mary Wollstonecraft; Shelley and His World; Katherine Mansfield: A Secret Life; The Invisible Woman: The Story of Nelly Ternan and Charles Dickens; Mrs Jordan's Profession; Jane Austen: A Life; Samuel Pepys: The Unequalled Self; Thomas Hardy: The Time-Torn Man and, most recently, Charles Dickens: A Life. A former literary editor of the New Statesman and the Sunday Times, she is married to the playwright and novelist Michael Frayn.

Claire Tomalin is the author of seven highly acclaimed biographies, including Samuel Pepys: The Unequalled Self, which was the 2002 Whitbread Book of the Year. Her previous book on Dickens, The Invisible Woman, an account of his relationship with the actress Ellen Ternan, won three major literary prizes. A former literary editor of the New Statesman and the Sunday Times, she is married to the playright and novelist Michael Frayn.
GOR003993041
Charles Dickens: A Life by Claire Tomalin
Claire Tomalin
Used - Very Good
Paperback
Penguin Books Ltd
2012-06-21
576
0141036931
9780141036939
N/A
Book picture is for illustrative purposes only, actual binding, cover or edition may vary.
This is a used book - there is no escaping the fact it has been read by someone else and it will show signs of wear and previous use. Overall we expect it to be in very good condition, but if you are not entirely satisfied please get in touch with us
Trustpilot