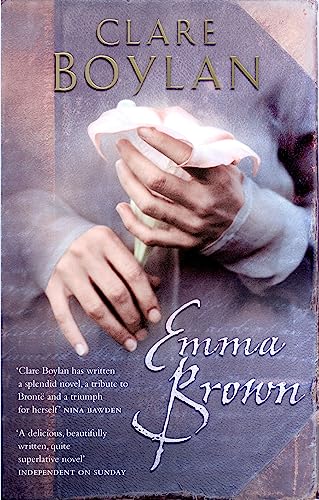 In Stock
$11.49
+10% GST
An enthralling Victorian novel of mystery, atmosphere and page-turning suspense - more than a mere impersonation of Charlotte Bronte, Clare Boylan is living in her mind, and the result is delicious, beautifully written and quite superlative.
Very Good Good
6 in stock

When Charlotte Bronte died in 1855, she left behind the beginnings of a new novel - twenty pages of a work in progress called Emma. Now, almost 150 years later, Clare Boylan has returned to this most intriguing of fragments, and turned them into an astonishing story of mystery, atmosphere and page-turning suspense.
When Conway Fitzgibbon arrives at Fuchsia Lodge with his daughter Matilda, the headmistress Miss Wilcox couldn't be more delighted. The ladies' school is limited in numbers and eager for new pupils, particularly ones so finely dressed, and boasting a father who is 'quite the gentleman'. But as Christmas approaches, and Miss Wilcox inquires about arrangements for the holidays, she is in for a shock. Conway Fitzgibbon, like the address he left behind, does not exist. So who is Matilda? With Miss Wilcox unable to extract any information out of the girl, it falls to a local lawyer, Mr Ellin, and a young widow, Isabel Chalfont, to unravel the truth. What they discover is a tale that travels the highs and lows of nineteenth-century England, an investigation that begins as curiosity and ends up changing all their lives forever . . .

Clare Boylan's expansion of Bronte's scrap of plot into Emma Brown is powerfully imagined and stylish, with enough melodramatic twists to keep the momentum going until the end. She is distinctly successful in recreating faithfully an idiom both familiar yet obsolete. Charlotte Bronte left a fragment of a novel at her death, subsequently published under the title Emma, concerning the placement by a rich father of a haughty and unresponsive daughter at a school for young ladies. As with Jane Austen's Sanditon or Dicken s' Edwin Drood it has offered later writers the challenge of guessing a dead author's intentions. * Paradoxically, one of the opportunities that such an enterprise offers is the possibility of subverting the apparent direction of a plot-line, or undermining the perceived character of participants in the story and Clare Boylan takes extensive--perhaps to *
There is much of Dickens, and perhaps even more of Wilkie Collins, in the plotting, which survives a tendency to the schematic or mechanical to deliver a story that ranges widely through 19th-century England and society. This is a remarkable achievement i * Robin Davidson, AMAZON.CO.UK REVIEW *
hugely daring...this is living in the mind of another writer...delicious, beautifully written, quite superlative. * INDEPENDENT ON SUNDAY *

Clare Boylan was a highly acclaimed novelist and short story writer whose work also regularly appeared in the GUARDIAN etc. She died in May 2006.

GOR002814664
Emma Brown by Clare Boylan
Clare Boylan
Used - Very Good
Paperback
Little, Brown Book Group
2004-07-01
464
0349116725
9780349116723
N/A
Book picture is for illustrative purposes only, actual binding, cover or edition may vary.
This is a used book - there is no escaping the fact it has been read by someone else and it will show signs of wear and previous use. Overall we expect it to be in very good condition, but if you are not entirely satisfied please get in touch with us.