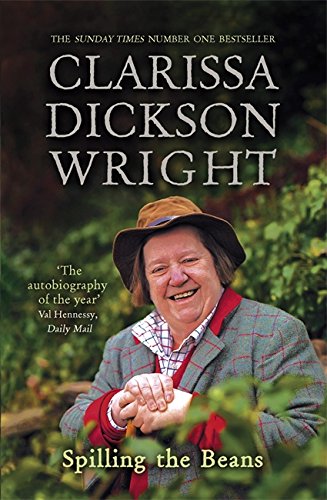 Out of Stock
$13.49
inc. GST
The number one bestselling, no holds barred autobiography of one of the nations best-loved cookswhose lifehas led her from wealth and privilege to alcoholism, bankruptcy and eventually fame in Two Fat Ladies
Very Good
Only 0 left

Clarissa was born into wealth and privilege, as a child, shooting and hunting were the norm and pigeons were flown in from Cairo for supper. Her mother was an Australian heiress, her father was a brilliant surgeon to the Royal family. But he was also a tyrannical and violent drunk who used to beat her and force her to eat carrots with slugs still clinging to them. Clarissa was determined and clever, though, and her ambition led her to a career in the law. At the age of 21, she was the youngest ever woman to be called to the Bar.
Disaster struck when her adored mother died suddenly. It was to lead to a mind-numbing decade of wild over-indulgence. Rich from her inheritance, in the end Clarissa partied away her entire fortune. It was a long, hard road to recovery along which Clarissa finally faced her demons and turned to the one thing that had always brought her joy - cooking. Now at last she has found success, sobriety and peace.
With the stark honesty and the brilliant wit we love her for, Clarissa recounts the tale of a life lived to extremes. A vivid and funny story, it is as moving as it is a cracking good read.

Packed with hilarious anecdotes, fizzing with energy, throbbing with pain, this has to be the autobiography of the year * Daily Mail *
She packs her story with marvellous anecdotes * Sunday Times *
This is a searing book, but also one with rays of good humour * Country Life *
Extraordinary and occasionally heartbreaking story * Belfast Telegraph *
Fascinating' 'An often funny, shocking and very honest read * Active Life *

Clarissa Dickson Wright found fame alongside Jennifer Paterson as one half of the much loved, TV cooking partnership Two Fat Ladies. She is the author of five cookery books including The Game Cookbook and, most recently, Sunday Roast, both with Johnny Scott. She is also a passionate supporter of the Countryside Alliance and of rural life and pursuits. She lives a little in London but mostly in Scotland.