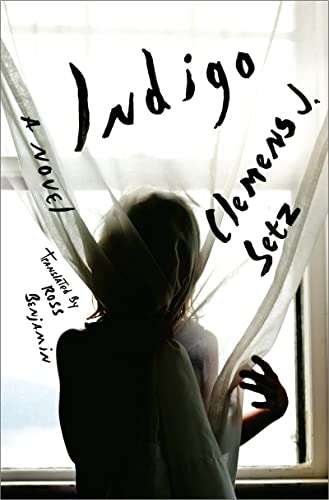 An eerie and uncanny mystery, reminiscent of early Pynchon, and the American debut of one of the most acclaimed young European novelists.

In the Austrian state of Styria lies the Helianau Institute, a boarding school for children born with a mysterious condition known as Indigo syndrome. Anyone who comes near them immediately suffers from nausea and vertigo. Clemens Setz-a fictionalized doppelganger of the author-is a young math teacher who loses his job at the school after attempting to investigate the mysterious "relocations" of several children. Fourteen years later, Robert, a former student, discovers a newspaper article about Setz's acquittal for the murder of an animal abuser. Could there be a connection between this story, which continues to haunt Robert, and the puzzling events of the past? DeLillo-esque in its exploration of alienation and anxiety, Indigo weaves together bizarre historical anecdotes, such as Edison's electrocution of an elephant, with pop cultural marginalia and pseudoscience to create a "literary work that makes its own laws . . . rich in dialogue and variety, amusing and anecdotal, but also brutal and unfathomable" (Der Spiegel).

"It's inevitable that Setz will be compared to Thomas Pynchon, for his narrative has a similar complexity, nuance and, yes, even paranoia." -- Kirkus Reviews
"Alarming and surreally beautiful... Part postmodern thriller, part essay into the darker reaches of prejudice, Indigo offers a set of terrifying hypotheses, many of which remain hauntingly unrealized. Setz has conducted a masterly interrogation of the prurience, morbid curiosity and exploitation that informs contemporary society, introducing a cast of memorably repellent characters. At the same time, he creates a psychological atmosphere in which it is possible for us to feel compassion even for some of his more sinister creations." -- John Burnside - Times Literary Supplement (UK)
"The questions [Indigo] raises regarding empathy and loneliness are explored in moving and idiosyncratic ways." -- New Yorker

Clemens J. Setz is the author of two previous novels and the winner of the Leipzig Book Fair Prize and the Ernst-Willner-Preis at the Ingeborg Bachmann Competition in 2008. He lives in Austria. Ross Benjaminis an acclaimed German-language translator. He lives in Nyack, New York.