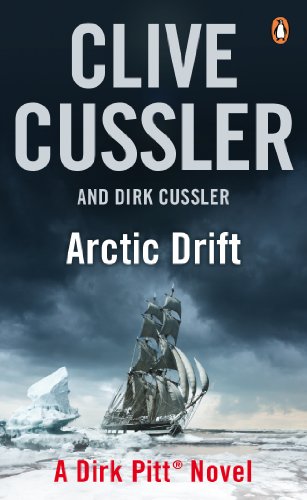 Used Price
$15.49
inc. GST
Free Shipping in Australia
When Dirk Pitt of "National Underwater and Marine Agency" (NUMA)[registered] is almost blown to pieces in a lab explosion, he suspects sabotage. The lab in question belongs to a scientist hoping to use a rare mineral to combat greenhouse gases - but who would want to destroy our one chance to save the planet?
Reviews:
Trustpilot
Very Good

A foundered Victorian ship looking for the fabled Northwest Passage holds a secret in its icy grave . . .

When Dirk Pitt of NUMA is almost blown to pieces in a lab explosion, he suspects sabotage. The lab in question belongs to a scientist hoping to use a rare mineral to combat greenhouse gases - but who would want to destroy our one chance to save the planet?

But there are those who will do anything to control such a valuable prize. Pitt's investigations take him to the Arctic in search of a clue to the origins of this precious mineral. There he and NUMA colleague Al Giordino must battle for survival against the hostile elements and an evil megalomaniac who is about to plunge the North American continent into war . . .

Arctic Drift is a white-knuckle ride of a novel that once picked up you won't want to put down. It is the twentieth of Clive Cussler's bestselling Dirk Pitt novels - the series that also includes Raise the Titanic!and his first novel, Mayday - and is co-authored with his son Dirk Cussler.

Bestselling author Clive Cussler has thrilled readers for four decades with his classic adventure novels filled with intrigue and plot twists. As well as the Dirk Pitt series there are also the NUMA and OregonFiles, the Isaac Bell adventures and the Fargo series. Other Dirk Pitt titles available in Penguin paperback include Atlantis Found, Valhalla Rising, Trojan Odyssey, Black Wind, Treasure of Khan, Crescent Dawn and The Kingdom.

Impossible to put down... a compelling sense of adventure that can rival any cinematic blockbuster * Big Issue *

GOR001279866
Arctic Drift: Dirk Pitt #20 by Clive Cussler
Clive Cussler
The Dirk Pitt Adventures
Used - Very Good
Paperback
Penguin Books Ltd
2009-09-01
592
0141038918
9780141038919
N/A
Book picture is for illustrative purposes only, actual binding, cover or edition may vary.
This is a used book - there is no escaping the fact it has been read by someone else and it will show signs of wear and previous use. Overall we expect it to be in very good condition, but if you are not entirely satisfied please get in touch with us.