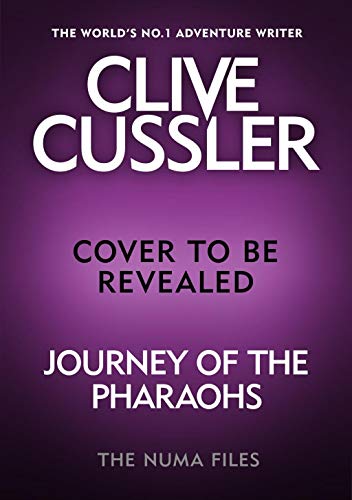 Journey of the Pharaohs by Clive Cussler

Journey of the Pharaohs: Numa Files #17 by Clive Cussler

Kurt Austin and the NUMA crew risk everything to stop a cutthroat arms dealer from stealing a priceless ancient treasure in the thrilling new novel from the no. 1 Sunday Times-bestselling grand master of adventure.

In 1074 B.C., vast treasures disappear from the tombs of Egyptian Pharaohs. In 1927, a daredevil American aviator vanishes on an attempted transcontinental flight. And in the present day, a fishing trawler - along with its mysterious cargo - sinks off the coast of Scotland. How are these three mysterious events connected? And, more importantly, what do they mean for Kurt Austin and his NUMA team?

As they search for answers, the NUMA squad join the agents of the British MI5 to take on a wide-reaching international conspiracy. Their common enemy is the Bloodstone Group, a conglomerate of arms dealers and thieves attempting to steal ancient relics on both sides of the Atlantic. Kurt and his team soon find themselves wrapped up in a treacherous treasure hunt as they race to find the lost Egyptian riches. . . before they fall into the wrong hands.

This nonstop thrill ride will leave readers breathless * Mail Online *
Clive Cussler (Author)
Clive Cussler was the author and co-author of a great number of international bestsellers, including the famous Dirk Pitt (R) adventures, such as Celtic Empire; the NUMA (R) Files adventures, most recently The Rising Sea; the Oregon Files, such as Shadow Tyrants; the Isaac Bell historical thrillers, which began with The Chase; and the recent Fargo Adventures, which lastly included The Oracle. Cussler died in February 2020.

Graham Brown (Author)
Graham Brown is the author of Black Rain and Black Sun, and the co-author with Cussler of Devil's Gate, The Storm, Zero Hour, Ghost Ship, The Pharaoh's Secret, Nighthawk and The Rising Sea. A pilot and an attorney, he lives in Arizona.

GOR010760920
9780241386880
0241386888
Journey of the Pharaohs: Numa Files #17 by Clive Cussler
Clive Cussler
The NUMA Files
Used - Very Good
Paperback
Penguin Books Ltd
2020-02-26
432
N/A
Book picture is for illustrative purposes only, actual binding, cover or edition may vary.
This is a used book - there is no escaping the fact it has been read by someone else and it will show signs of wear and previous use. Overall we expect it to be in very good condition, but if you are not entirely satisfied please get in touch with us
Trustpilot