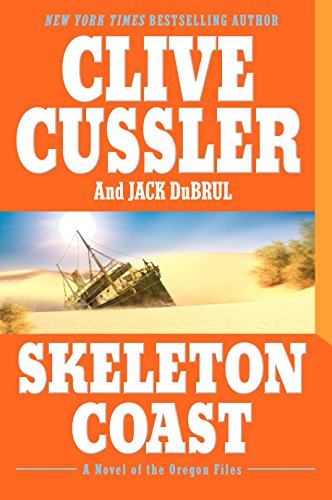 In Stock
$11.49
+10% GST
The latest entry in the "New York Times" bestselling Oregon Files series. A priceless treasure under the sea, a merciless threat on the surface--Juan Cabrillo can handle both.
Very Good
Only 4 left

Chairman of the Corporation Juan Cabrillo and his mercenary crew steer theOregon into battle against a militant leader and his cult-like followers in this #1 New York Times-bestselling series.

Juan Cabrillo and the crew of the covert combat ship Oregon have barely escaped a mission on the Congo River when they intercept a mayday from a defenseless boat under fire off the African coast. Still smarting from a weapons-trade gone bad and a double-cross, Cabrillo takes action. He manages to save the beautiful Sloane Macintyre, who's on a mission of her own, looking for a long-submerged ship that may hold a fortune in diamonds. But what surprises Cabrillo is her story about a crazy fisherman who claims to have been attacked on the open sea by giant metal snakes in the same area.

What begins as a snake hunt leads Cabrillo onto the trail of a far more lethal quarry--a deranged militant and his followers who plan to unleash the devastating power of nature itself against all who oppose them.

Jack Du Brul is a graduate of the Westminster School and George Washington University. Du Brul has climbed Masada at noon, swam in the Arctic Ocean off Point Barrow, explored war-torn Eritrea, camped in Greenland, and been gnawed on by piranhas in the Amazon River. He lives in Burlington, Vermont.

GOR001679713
Skeleton Coast by Clive Cussler
Clive Cussler
Oregon Files
Used - Very Good
Paperback
Penguin Putnam Inc
2006-10-03
373
0425211894
9780425211892
Short-listed for Thriller Awards (Paperback Original) 2007
Book picture is for illustrative purposes only, actual binding, cover or edition may vary.
This is a used book - there is no escaping the fact it has been read by someone else and it will show signs of wear and previous use. Overall we expect it to be in very good condition, but if you are not entirely satisfied please get in touch with us.