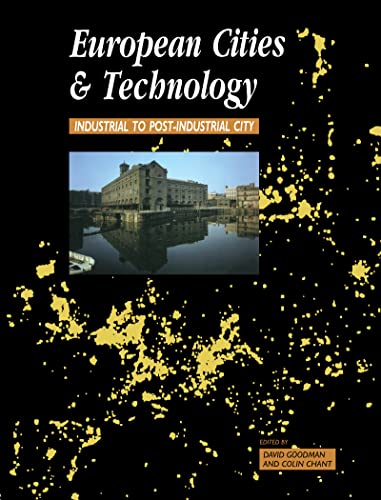 In Stock
$20.99
+10% GST
This textbook investigates the relative importance of technology, economics, politics and social conditions in relation to urban change in Europe.
Very Good Good
Only 3 left

Cities & Technology, a series of three textbooks and three readers, explores one of the most fundamental changes in the history of human society: the transition from predominantly rural to urban ways of living. This series presents a new social history of technology, using primarily urban settings as a source of historical evidence anda focus for the interpretation of the historical relations of technology and society.
Drawing on perspectives and writings from accross a number of disciplines involved in urban historical studies - including archaeology, urban history, historical geography and architectural history - the books in the series explore: how towns and cities have been shaped by applications of a range of technologies and how such technological applications have been influenced by their social contexts, including politics, economics, culture and the natural environment.
European Cities and Technology is designed to be used on its own or as a companion volume to the accompanying European Cities and Technology Reader in the same series. The book is divided into three principal sections: cities of the Industrial Revolution including case studies of Manchester, Glasgow, London and Paris; European cities since 1870, including London, Paris Berlin, the rise of modern urban planning and post-war reconstruction; and a variety of topics including Milton Keynes, Colonial India and Russia. It investigates the relative importance of technology, economics, politics and social conditions in relation to urban change.

David Goodman and Colin Chant are both lecturers in the department of History of Science and Technology at the Open University.

GOR001424915
European Cities and Technology: Industrial to Post-Industrial Cities by Colin Chant
Colin Chant
Cities and Technology
Used - Very Good
Paperback
Taylor & Francis Ltd
1999-03-25
376
0415200806
9780415200806
N/A
Book picture is for illustrative purposes only, actual binding, cover or edition may vary.
This is a used book - there is no escaping the fact it has been read by someone else and it will show signs of wear and previous use. Overall we expect it to be in very good condition, but if you are not entirely satisfied please get in touch with us.