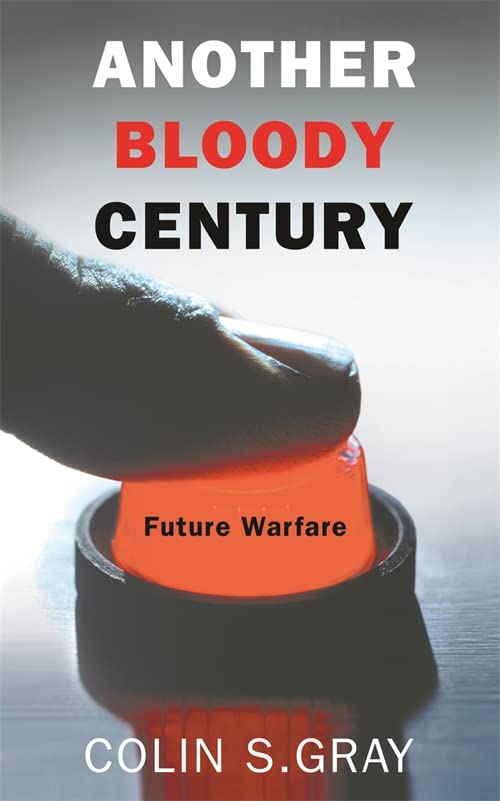 Used Price
$19.49
inc. GST
Free Shipping in Australia
How the wars of the near future will be fought and who will win them
Reviews:
Trustpilot
Very Good

Many nations, peoples and special interest groups believe that violence will advance their cause. Warfare has changed greatly since the Second World War; it continued to change during the late 20th century and this process is still accelerating. Political, technological, social and religious forces are shaping the future of warfare, but most western armed forces have yet to evolve significantly from the cold war era when they trained to resist a conventional invasion by the Warsaw Pact. America is now the only superpower, but its dominance is threatened by internal and external factors. The world's most hi-tech weaponry seems helpless in the face of determined guerrilla fighters not afraid to die for their beliefs.

Professor Colin Gray has advised governments on both sides of the Atlantic and in ANOTHER BLOODY CENTURY, he reveals what sort of conflicts will affect our world in the years to come.

Colin Gray is Professor of Politics & Strategic Studies at the University of Reading. He has dual British/American nationality and has been an advisor to British and American governments for twenty-five years. He has shaped policy on nuclear strategy, arms control and special forces. From 1982-87 he was on the President's General Advisory Committee on arms control and disarmament.

GOR001759369
Another Bloody Century: Future Warfare by Colin S. Gray
Colin S. Gray
Used - Very Good
Paperback
Orion Publishing Co
2006-10-05
430
0304367346
9780304367344
N/A
Book picture is for illustrative purposes only, actual binding, cover or edition may vary.
This is a used book - there is no escaping the fact it has been read by someone else and it will show signs of wear and previous use. Overall we expect it to be in very good condition, but if you are not entirely satisfied please get in touch with us.