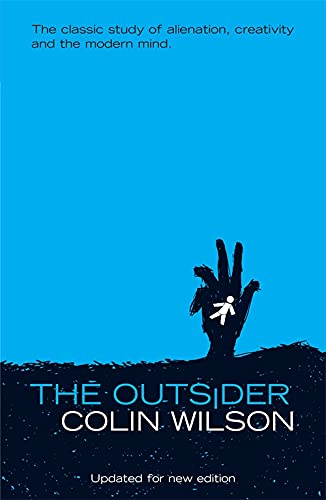 The Outsider by Colin Wilson

The classic study of alienation, creativity and the modern mind
'Excitingly written, with a sense of revelation' GUARDIAN

The Outsider by Colin Wilson

The classic study of alienation, creativity and the modern mind
'Excitingly written, with a sense of revelation' GUARDIAN

THE OUTSIDER was an instant literary sensation when it was first published in 1956, thrusting its youthful author into the front rank of contemporary writers and thinkers. Wilson rationalised the psychological dislocation so characteristic of Western creative thinking into a coherent theory of alienation, and defined those affected by it as a type: the outsider. Through the works and lives of various artists, including Kafka, Camus, Hemingway, Hesse, Lawrence, Van Gogh, Shaw, Nietzsche and Dostoevsky, Wilson explored the psyche of the outsider, his effect on society and society's on him.

Nothing that has happened in the decades since has made THE OUTSIDER any less relevant; it remains the seminal work on this most persistent of modern-day preoccupations.

Few first authors have burst upon the world of serious books with such stunning and immediate success * DAILY EXPRESS *
Excitingly written, with a sense of revelation * GUARDIAN *
The most remarkable book on which the reviewer has ever had to pass judgement * LISTENER *
I am deeply grateful for this astonishing book -- Edith Sitwell
[An] extraordinary book . . . one of the most remarkable I have read for a long time -- Cyril Connolly
Exhaustive, luminously intelligent * OBSERVER *
A major writer * LONDON EVENING NEWS *
Colin Wilson was a prominent philosopher and novelist. Wilson called his philosophy 'new existentialism'. He is perhaps best known for THE OUTSIDER. It has never been out of print and has been translated into over thirty languages.
GOR001470459
9780753814321
0753814323
The Outsider by Colin Wilson
Colin Wilson
Used - Very Good
Paperback
Orion Publishing Co
2001-12-06
336
N/A
Book picture is for illustrative purposes only, actual binding, cover or edition may vary.
This is a used book - there is no escaping the fact it has been read by someone else and it will show signs of wear and previous use. Overall we expect it to be in very good condition, but if you are not entirely satisfied please get in touch with us
Trustpilot