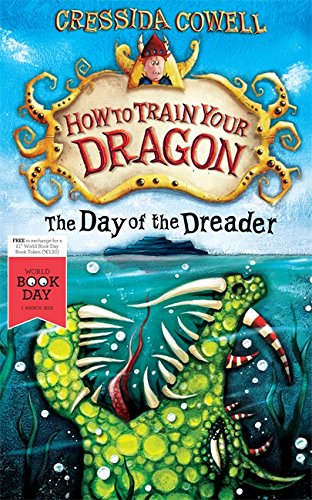 Cressida Cowell grew up in London and on a small, uninhabited island off the west coast of Scotland. She was convinced that there were dragons living on this island, and has been fascinated by dragons ever since. She has a BA in English Literature from Oxford University, a BA in Graphic Design from St Martin's and an MA in Narrative Illustration from Brighton. Cressida loves illustrating her own work, but also loves writing books for other people to illustrate as the end result can be so unexpected and inspiring. Cressida has written and illustrated eleven books in the popular Hiccup series. The unique blend of child-centred humour and sublime prose made Hiccup an instant hit and the series is now published in over 30 languages.

How to Train Your Dragon is now a major DreamWorks Animation feature film series: the first film received both Oscar and BAFTA nominations for Best Animated Feature and Best Original Score; and a sequel is released in summer 2014. An animated series, Riders of Berk, launched on the Cartoon Network in 2012.

Also the author of picture books, Cressida has won the Nestle Children's Book Prize 2006 and has been shortlisted for many others. She is an Ambassador for the National Literacy Trust and The Reading Agency, and a founder patron of the Children's Media Foundation. Cressida lives in Hammersmith with her husband and three children. Check out Cressida's Hiccup website: www.howtotrainyourdragonbooks.com

GOR005347006
The Day of the Dreader World Book Day 2012 by Cressida Cowell
Cressida Cowell
Used - Very Good
Paperback
Hachette Children's Group
2012-02-23
1444910140
9781444910148
N/A
Book picture is for illustrative purposes only, actual binding, cover or edition may vary.
This is a used book - there is no escaping the fact it has been read by someone else and it will show signs of wear and previous use. Overall we expect it to be in very good condition, but if you are not entirely satisfied please get in touch with us.
Trustpilot