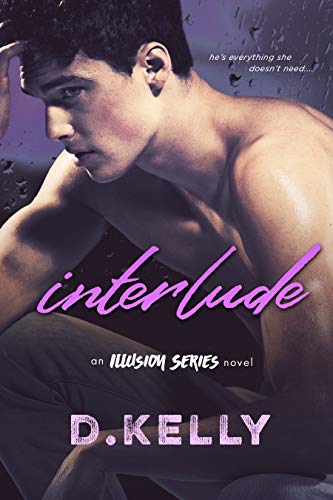 "The diverse range of characters in this story is extremely vivid and fleshed out. The four band members, including the two main love interests as well as other family and friends, were very believable, complex, and downright fun." - InD'tale Magazine, February. 2017

"Once you go BAD, you never go back. D. Kelly rocked my book world and had me had me begging for Side B. Just an Illusion - Side A was the best rockstar romance of the year. It was poetic, emotional, expressive, TWINTASTIC, and such a thrilling book. I fell in love with these characters. I am a huge fan of music and this book was so enlightening. 5 stars" -Perfectly Perez

"I can't tell you all enough how much I loved these characters and this story. The complexity of it, the depth, D. doesn't just write it, she weaves an interactive story for you fall into and become a part of. The ups and downs, twist and turn... it will keep you flipping those pages. 5 Stars!" -Eye Candy Bookstore

"D. Kelly's books are must-reads. This one is no different. Just an Illusion is easily in my top 3 books of the year!" -Author Ashley Hampton

D. Kelly, author of The Acceptance Series, The Illusion Series, and standalone companion novels Chasing Cassidy and Sharing Rylee, was born and raised in Southern California. She's a wife, mom, dog lover, taxi, problem fixer, and extreme multi-tasker. She married her high school sweetheart and is her kids' biggest fan. Kelly has been writing since she was young and took joy in spinning stories to her childhood friends. Margaritas and sarcasm make her smile, she loves the beach but hates the sand, and she believes Starbucks makes any day better. A contemporary romance writer, D. Kelly's stories revolve around friendship and the bond it creates, strengthening the love of the people who share it.

GOR010385257
Interlude by D. Kelly
D. Kelly
An Illusion Series Novel
Used - Very Good
Paperback
EverAfter Romance
2019-02-14
256
1635765587
9781635765588
N/A
Book picture is for illustrative purposes only, actual binding, cover or edition may vary.
This is a used book - there is no escaping the fact it has been read by someone else and it will show signs of wear and previous use. Overall we expect it to be in very good condition, but if you are not entirely satisfied please get in touch with us.