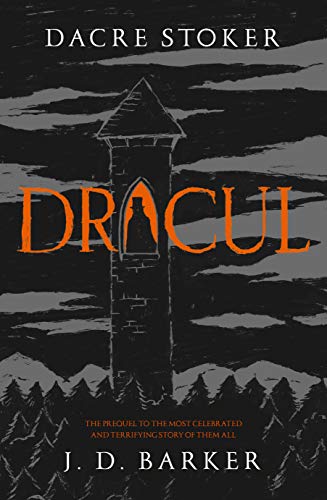 Used Price
$32,99
inc. GST
Free Shipping in Australia
Desperate to leave a record of what he has witnessed, the young man scribbles out the events that brought him to this point - and tells an extraordinary tale of childhood illness, a mysterious nanny, and stories once thought to be fables now proven true.
Very Good

It is 1868, and a 22-year-old Bram Stoker has locked himself inside an abbey's tower to face off against a vile and ungodly beast. He is armed with mirrors and crucifixes and holy water and a gun - and is kept company by a bottle of plum brandy. His fervent prayer is that he will survive this one night - a night that will prove to be the longest of his life. Desperate to leave a record of what he has witnessed, the young man scribbles out the events that brought him to this point - and tells an extraordinary tale of childhood illness, a mysterious nanny, and stories once thought to be fables now proven true. A riveting, heart-stoppingly scary novel of Gothic suspense, Dracul reveals not only the true origins of Dracula himself, but also of his creator, Bram Stoker . . . and of the elusive, enigmatic woman who connects them.

"Scary as hell. Gothic as decay. Dracul will have you checking over your shoulder, under your bed, and up on the ceiling, too. All while wondering about the contents of every crate and oblong box you see." -- JOSH MALERMAN, author of Bird Box
"A deliciously dark tale that is sure to satisfy Stoker fans' enduring thirst for mystery and horror. I loved it!" -- NEIL SPRING, author of The Ghost Hunters
"A thrilling exploration of the novel's [Dracula's] creation and its creator. It is also, as with the best literary horror, genuinely creepy . . . a brilliantly entertaining read." -- Zoe Apostolides * FINANCIAL TIMES *
"Reading Dracul is like watching a classic vampire film. Bram Stoker lives! Dracula lives! Horror lives on nearly every page. A terrifying read that gave me hours of fun." -- R. L. STINE, bestselling author of Goosebumps
"Brilliant. Dracul pumps fresh blood into the vampire genre by telling the story of the man who started it all-Bram Stoker. And what a story! A grand adventure that contains all the literary playfulness and mounting dread of the original Dracula. It gave me chills." -- RILEY SAGER, author of Final Girls and The Last Time I Lied

Dacre Stoker (Author) A native of Montreal, Dacre Stoker is the great grand-nephew of Bram Stoker. He has taught Physical Education and Sciences for over twenty years in Canada and the U.S.A., is a Modern Pentathlete and an international and Olympic coach for Canada. He is also an avid player and coach of Real Tennis. As Bram Stoker's direct descendant, he manages the Stoker Estate and travels widely, giving presentations and talks on Dracula, vampires, Bram Stoker and his extraordinary legacy. The co-author of the bestselling official sequel to Dracula - Dracula the Un-Dead - and co-editor of The Lost Journal of Bram Stoker, he lives in South Carolina. J. D. Barker (Author) J. D. Barker was born and raised in Illinois and then moved to Florida where he gained a degree in business from the Art Institute of Fort Lauderdale. As well as writing for music and pop culture magazines, including 25th Parallel, Seventeen and Teenbeat, he has been a ghost writer and book doctor. His acclaimed debut novel, Forsaken, was nominated for the Bram Stoker Award, while his second, The Fourth Monkey, has been an international success story. He lives with his family in Pennsylvania.

GOR009843845
Dracul by Dacre Stoker
Dacre Stoker
Used - Very Good
Paperback
Transworld Publishers Ltd
2018-10-18
512
0593080114
9780593080115
N/A
Book picture is for illustrative purposes only, actual binding, cover or edition may vary.
This is a used book - there is no escaping the fact it has been read by someone else and it will show signs of wear and previous use. Overall we expect it to be in very good condition, but if you are not entirely satisfied please get in touch with us.