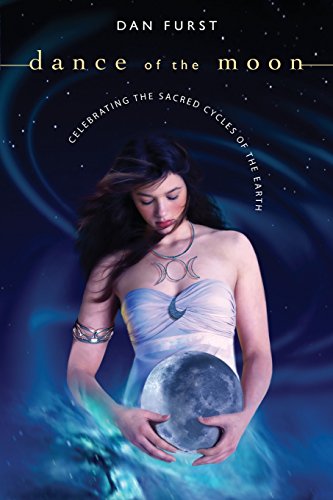 Dance of the Moon
by Dan Furst

Used Price
$45.99
inc. GST
Free Shipping in Australia
Offers spiritual and practical guidance to help us reconnect with the earth and sky. This title takes you on a tour of the practices and spiritual beliefs of many cultures around the world, and shows how these practices evolved over thousands of years. It also shows you how the first calendars were developed and how the zodiac became official.
Reviews:
Trustpilot
Like New

Dance of the Moon Summary

Dance of the Moon: Celebrating the Sacred Cycles of the Earth by Dan Furst

"Dance of the Moon" offers spiritual and practical guidance to help us reconnect with the earth and sky. Take a fascinating tour of the timekeeping practices and spiritual beliefs of many cultures around the world, and watch how these practices evolved over thousands of years. From the Egyptian feast of Thoth to the Mexican Day of the Dead, you will witness sacred rituals honoring life's cycles. Get a deep look at the sabbats and esbats of the Celtic/Druidic and Wiccan traditions. See how the first calendars were developed, how the zodiac became official, why various calendar systems suit certain cultures, how money and labour made the number 13 unlucky, and more in this era-spanning treasury of rituals that reaffirm and celebrate our innate ties to nature.

Customer Reviews - Dance of the Moon

Dance of the Moon Reviews

"[Dan Furst is] one of the best astrology writers out there."--Rob Brezsny, national columnist and creator of FreeWillAstrology.com

He has worked as an actor, singer, stage combat director, emcee and announcer in the mainland United States and Hawaii, in Europe, India and Japan. During his years in Kyoto, Japan, he was the first foreign professional actor ever to study and perform the classical kyogen comedy for a run of five years, in which he acted more than a dozen lead roles in theatres all over Japan. He is the only foreigner ever to receive a geimei, or art name, in the kyogen world. He founded the award-winning Sirius Productions theatre company in Kyoto, and was the voice of environmental conferences convened by Mikhail Gorbachev and H. H. the Dalai Lama.

Furst has written and maintains the popular Universal Festival Calendar on his website, as well as writing about important time windows for planetary transformation. While in Hawaii Dan also coordinated the Sacred Sounds group of Oahu, which he formed with sacred musician and sound healer Kimba Arem in 1996, and was a speaker, musician and priest at many Earth festivals and environmental gatherings.

In 2003, Dan was the first actor ever to play Mevlana, the Sufi poet Jelaluddin Rumi.

An accomplished astrologer, Dan Furst lectures, teaches, and offers personal astrology readings to clients worldwide. His latest book is Dance of the Moon: Celebrating the Sacred Cycles of the Earth.

GOR010792796
Dance of the Moon: Celebrating the Sacred Cycles of the Earth by Dan Furst
Dan Furst
Used - Like New
Paperback
Llewellyn Publications,U.S.
2009-08-01
384
0738715107
9780738715100
N/A
Book picture is for illustrative purposes only, actual binding, cover or edition may vary.
The book has been read, but looks new. The book cover has no visible wear, and the dust jacket is included if applicable. No missing or damaged pages, no tears, possible very minimal creasing, no underlining or highlighting of text, and no writing in the margins.