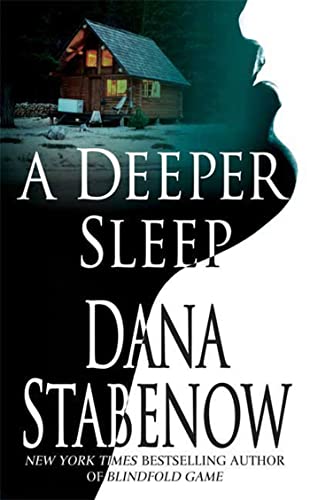 A Deeper Sleep
by Dana Stabenow

In Stock
$14.49
+10% GST
Louis Deem gets away with a verdict of not guilty for the murder of his wife. Kate Shugak, a private investigator and her lover, state trooper Jim Chopin are the ones that got him arrested. When, a few weeks later, two people turn up dead, Kate and Jim believe that Deem is involved. But what it takes to bring Deem to justice could tear them apart.
Good Well Read
Only 1 left

A Deeper Sleep by Dana Stabenow

Kate Shugak, a private investigator, has been working on a case for the Anchorage District Attorney involving the murder of a young woman by her husband, a man named Louis Deem. Deem has been the subject of investigations before, and he's never been convicted of a crime. But Kate and her on-again, off-again lover, state trooper Jim Chopin, who arrested Deem, are convinced that this time it's different - and he'll finally be punished for his actions.When the jury returns a verdict of not guilty, Kate, Jim, and citizens of Niniltna, Alaska, believe Deem has gotten away with murder. And when, a few weeks later, two people turn up dead after an apparent robbery, Kate and Jim can't help but believe that Deem is involved...but what it takes to bring Deem to justice could tear them apart - if the real killer doesn't get to them first.

"An engaging plot...a vivid depiction of the Alaskan wilderness." --Booklist

"All the elements that have made this series successful shine." --Publishers Weekly (starred review)

Dana Stabenow is the New York Times bestselling author of the Kate Shugak mysteries and the Liam Campbell mysteries, as well as a few science fiction and thriller novels. Her book A Cold Day for Murder won an Edgar Award in 1994. Stabenow was born in Anchorage, Alaska and raised on a 75-foot fish tender in the Gulf of Alaska. She has a B.A. in journalism and an M.F.A. in writing from the University of Alaska. She has worked as an egg counter and bookkeeper for a seafood company, and worked on the TransAlaska pipeline before becoming a full-time writer. She continues to live in Alaska.

GOR002637227
A Deeper Sleep by Dana Stabenow
Dana Stabenow
A Kate Shugak Novel
Used - Good
Paperback
St Martin's Press
2008-02-14
352
0312937547
9780312937546
N/A
Book picture is for illustrative purposes only, actual binding, cover or edition may vary.
This is a used book - there is no escaping the fact it has been read by someone else and it will show signs of wear and previous use. Overall we expect it to be in very good condition, but if you are not entirely satisfied please get in touch with us.