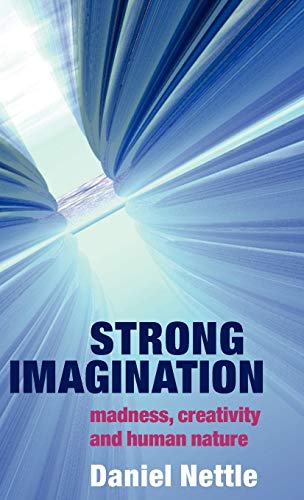 In Stock
$12.99
+10% GST
Writing for the general reader, Daniel Nettle tackles the question of why madness exists. He shows that there is, as long suspected, a link between madness and creative genius. He thus argues that the traits that lie behind madness have evolved because they have psychological benefits as well as psychological costs.
Very Good Good
Only 2 left

Madness is the central mystery of the human psyche. Our minds evolved to give us a faithful understanding of reality, to allow us to integrate into our communities, and to help us adapt our behaviour to our environment. Yet in serious mental illness, the mind does exactly the opposite of these things. The sufferer builds castles of imaginative delusion, fails to adapt, and becomes a stranger among his own people. Yet mental illness is no marginal phenomenon: it is found in all societies and all historical epochs, and the genes that underlie it are quite common. Furthermore, the traits that identify the madman are found in attenuated form in normal thinking and feeling. The persistence of madness, then, is a terrible puzzle from both an evolutionary and a human point of view. In A Midsummer Night's Dream, Shakespeare suggested a link between madness and artistic creativity: 'The lunatic, the lover, and the poet', he wrote, 'Are of imagination all compact'. Recent studies have shown that there is indeed a connection. Rates of mental illness are hugely elevated in the families of poets, writers and artists, suggesting that the same genes, the same temperaments, and the same imaginative capacities are at work in insanity and in creative ability. Thus the reason madness continues to exist is that the traits behind it have psychological benefits as well as psychological costs. In Strong Imagination, Daniel Nettle explores the nature of mental illness, the biological mechanisms that underlie it, and its link to creative genius. He goes on to consider the place of both madness and creative imagination in the evolution of our species.

Daniel Nettle studied psychology at Oxford, before completing his PhD in Anthropology at University College London. In 1996 he was elected a Junior Research Fellow at Merton College, Oxford. He has lectured in London, Oxford, Cambridge and Nigeria, and written widely across many areas of the human sciences. He is also active in the theatre. He lives in Oxford.

Introduction ; 1. From disease to difference and back again ; 2. From Nature to Nurture and back again ; 3. This taint of blood ; 4. The storm-tossed soul ; 5. The sleep of reason produces monsters ; 6. Such tricks hath strong imagination ; 7. The lunatic, the lover and the poet ; 8. Civilization and its discontents ; 9. Staying sane ; Epilogue ; Further reading; References; Index

GOR002631263
Strong Imagination: Madness, Creativity and Human Nature by Daniel Nettle
Daniel Nettle
Used - Very Good
Hardback
Oxford University Press
2001-03-01
248
0198507062
9780198507062
N/A
Book picture is for illustrative purposes only, actual binding, cover or edition may vary.
This is a used book - there is no escaping the fact it has been read by someone else and it will show signs of wear and previous use. Overall we expect it to be in very good condition, but if you are not entirely satisfied please get in touch with us.