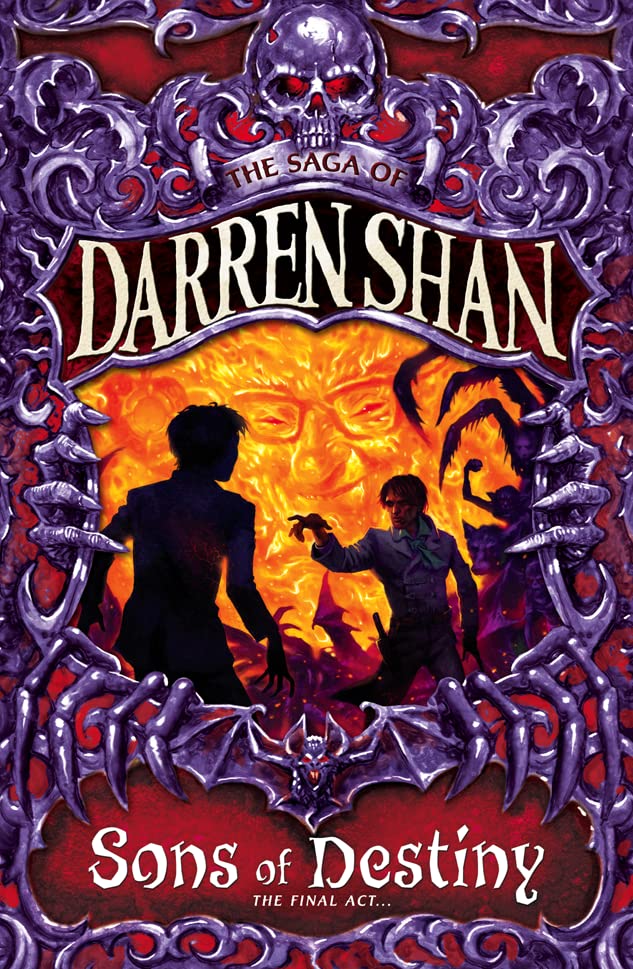 Sons of Destiny
by Darren Shan

The twelfth part of the Saga of Darren Shan - one boy's terrifying journey from human to half-vampire to Vampire Prince.

The twelfth part of the Saga of Darren Shan - one boy's terrifying journey from human to half-vampire to Vampire Prince.

Showdown! The Hunters must face Steve Leopard, to fight for control of the night. Will Steve emerge victorious and wipe out the vampire clan? Or will the Hunters prevail? An added problem for Darren is that if the vampire triumph, he is destined to become the Lord of the Shadows and destroy humanity!!! Is he cursed by fate, or is there some way to trick Destiny?

Find out in the action-packed, mind-bending, twisting, long-awaited conclusion to The Saga of Darren Shan!

GOR000687594
Sons of Destiny (The Saga of Darren Shan, Book 12) by Darren Shan
Darren Shan
The Saga of Darren Shan
Used - Very Good
Paperback
HarperCollins Publishers
2004-10-04
208
0007159218
9780007159215
N/A
Book picture is for illustrative purposes only, actual binding, cover or edition may vary.
This is a used book - there is no escaping the fact it has been read by someone else and it will show signs of wear and previous use. Overall we expect it to be in very good condition, but if you are not entirely satisfied please get in touch with us.