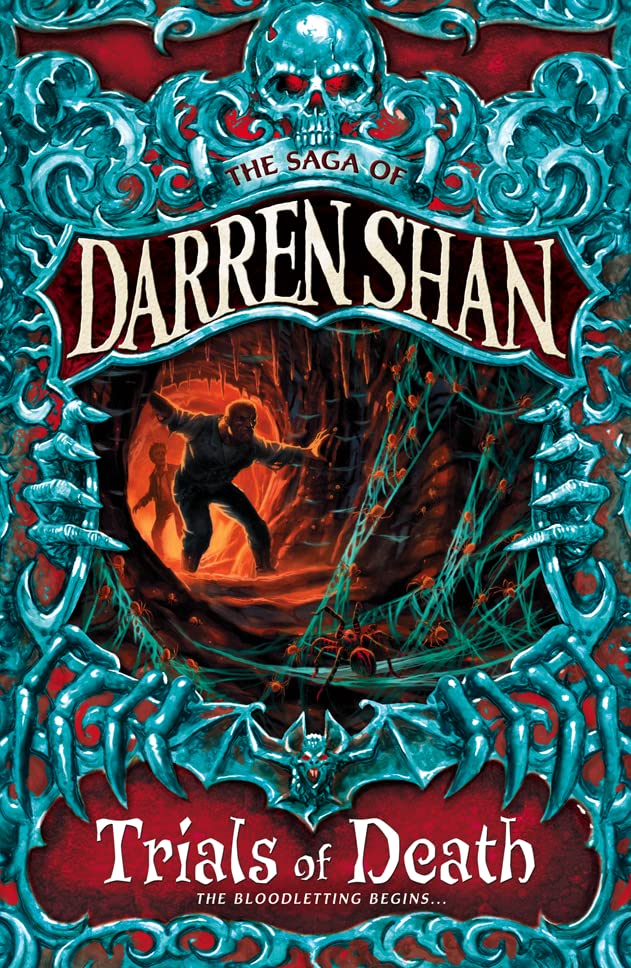 Trials of Death
by Darren Shan

This is the fifth title in the compelling and chilling saga of Darren Shan, but the second part in a new trilogy, following Darren's initiation into the vampire clan.

This is the fifth title in the compelling and chilling saga of Darren Shan, but the second part in a new trilogy, following Darren's initiation into the vampire clan.

THE SAGA OF DARREN SHAN BOOK 5
Compelled by his loyalty to Mr Crepsley, Darren Shan, the vampire's assistant, agrees to prove his worthiness to the vampire clan by undertaking a series of trials. Each Trial is set by the Vampire Princes to test agility, cunning and intelligence. Failure means death.

Whilst their attention is focused on Darren, the vampire clan fail to notice that the vampaneze have infiltrated their mountain stronghold. Who is the traitor helping the vampaneze, and will Darren survive the trials to oust the vampire's greatest foes?

Another atmospheric and terrifying tale from the author of Cirque Du Freak.

GOR000383512
Trials of Death (The Saga of Darren Shan, Book 5) by Darren Shan
Darren Shan
The Saga of Darren Shan
Used - Very Good
Paperback
HarperCollins Publishers
2001-10-01
176
0007114400
9780007114405
N/A
Book picture is for illustrative purposes only, actual binding, cover or edition may vary.
This is a used book - there is no escaping the fact it has been read by someone else and it will show signs of wear and previous use. Overall we expect it to be in very good condition, but if you are not entirely satisfied please get in touch with us.