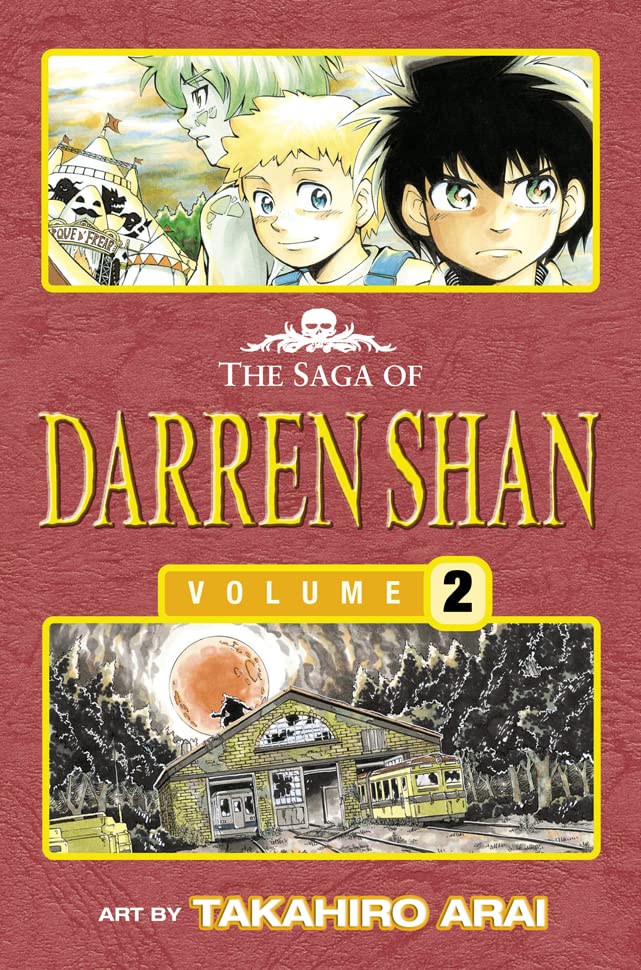 The Vampire's Assistant
by Darren Shan

The Vampire's Assistant (The Saga of Darren Shan, Book 2) by Darren Shan

Darren joins the vampire, Mr Crepsley, as his assistant and they return to the Cirque du Freak. There, Darren makes friends with the snake-boy, Evra Von (who knows what Darren has become). He also meets a local boy, Sam, and RV, an eco-warrior and animal lover (who do not).
Darren begins to enjoy his life among the Cirque performers and starts coming to terms with his half-vampire existence. But he defiantly refuses to drink human blood and tries desperately to cling on to the part of him which is still human.
Then disaster strikes, and Darren has to make a terrible choice...

The stunning illustrations and manga format give a new dimension to this ever-popular vampire saga, available for the first time in translation in the UK. This will be a must-have for Shan fans and manga aficionados alike.

GOR010403007
The Vampire's Assistant (The Saga of Darren Shan, Book 2) by Darren Shan
Darren Shan
The Saga of Darren Shan
Used - Like New
Paperback
HarperCollins Publishers
2009-08-06
192
0007320884
9780007320882
N/A
Book picture is for illustrative purposes only, actual binding, cover or edition may vary.
The book has been read, but looks new. The book cover has no visible wear, and the dust jacket is included if applicable. No missing or damaged pages, no tears, possible very minimal creasing, no underlining or highlighting of text, and no writing in the margins.