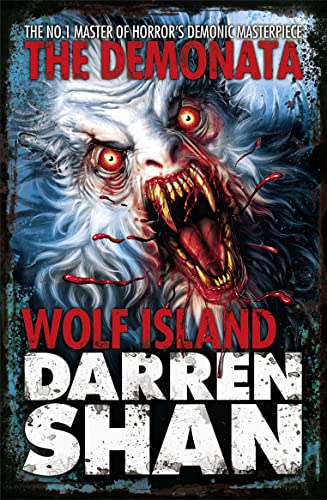 Grubbs Grady treads new ground in this, the eighth dramatic title in the Demonata. But beware - Trespassers will be eaten!

Grubbs Grady treads new ground in this, the eighth dramatic title in the Demonata. But beware - Trespassers will be eaten!

"We spot the werewolves as we skim the treetops. Mutated, vicious, hairy monstrosities, all fangs, claws and muscles. The beast within me tries to force its way to the surface, howling silently at its warped brethren. I've never rid myself of the wolf..."

As the mysterious Shadow builds an army of demons, Grubbs and his team search desperately for answers. But when they follow up a new lead, it takes them to an old, unexpected foe - the Lambs.

The curse of the Gradys has returned with a vengeance. Werewolves are on the loose. And they're hungry...

"Brimming with action and plenty of surprises, fans will love every gore-filled minute." - Teen Reads

Praise for the Demonata Series:
"Utterly unputdownable" - The Times

"The master of children's horror at his blood-curdling best." - Publishing News

GOR002001415
Wolf Island (The Demonata, Book 8) by Darren Shan
Darren Shan
The Demonata
Used - Very Good
Paperback
HarperCollins Publishers
2009-09-01
224
0007260423
9780007260423
N/A
Book picture is for illustrative purposes only, actual binding, cover or edition may vary.
This is a used book - there is no escaping the fact it has been read by someone else and it will show signs of wear and previous use. Overall we expect it to be in very good condition, but if you are not entirely satisfied please get in touch with us.