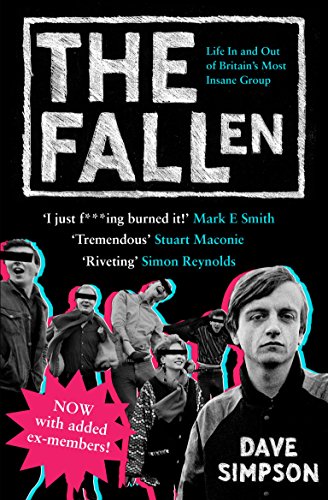 The Fallen
by Dave Simpson

In Stock
$23.49
inc. GST
'The best book yet on a band that have evolved into a cross between a large Victorian family and a rehab unit' The Times
Very Good Well Read
Only 1 left

The Fallen: Life In and Out of Britain's Most Insane Group by Dave Simpson

Ever been thrown off the bus in the middle of a Swedish forest or asked to play at one of the UK's biggest music festivals with musicians you've just met who are covered in blood? If so you've probably been in The Fall. Dave Simpson made it his mission to track down everyone who has ever played in Britain's most berserk, brilliant group. He uncovers a changing Britain, tales of madness and genius, and wreaks havoc on his own life.

Riveting stuff **** * * Q magazine * *
Three decades of personal stories, of social change, shifting cultural landscapes and musical minimum wage slavery, seen through the eyes of a random collection of people whose only constant is that at some point, for some reason, they were members of The Fall. A Canterbury Tales for the MP3 generation. * * Stewart Lee * *
A tremendous read. I warmly recommend it. -- Stuart Maconie * * Radio 2 * *
A great book - a fucking amazingly great book . . . a simple but excellent concept . . . Absolutely brilliant. It has made me race back to all 554 Fall songs and put them on repeat. * * Everett True * *
The best book yet on a band that have evolved into a cross between a large Victorian family and a rehab unit. * * The Times * *
I read The Fallen for the second time. Wow. It just does your head in. It's one of the best rock or music books i've ever read. I recommend it without hesitation. It is a monster -- HENRY ROLLINS
A right riveting read. -- Simon Reynolds * * Blissblog * *
I hate that f***ing t**t! I just f***ing burned it! -- Mark E. Smith
Brilliant and bloody awkward. Just like its subjects. * * The Word * *
A British, provincial take on Apocalypse Now! where Kurtz (Smith) is encountered by Capt. Willard (Simpson) before the latter gets on the boat -- John Doran * * The Quietus * *
Hilarious... horror stories... Dave Simpson's written the book we've been waiting our entire adult life to read. -- Peter Wild * * Bookmunch * *
The Fall are my favourite band. I also hate my favourite band. With a passion...I vow never to go to another Fall show and yet somehow always end up at the next one. I am sick. * * Julian Cope * *
An amusing study of what is without exaggeration Britain's most uncompromising band. * * Sunday Herald * *

Dave Simpson writes on music and the arts for the Guardian newspaper from an isolated base in the North of England. He has been a fan of the Fall since 1979, and once admitted to hating The Beatles.

GOR001733312
The Fallen: Life In and Out of Britain's Most Insane Group by Dave Simpson
Dave Simpson
Used - Very Good
Paperback
Canongate Books Ltd
2009-08-06
336
1847671446
9781847671448
N/A
Book picture is for illustrative purposes only, actual binding, cover or edition may vary.
This is a used book - there is no escaping the fact it has been read by someone else and it will show signs of wear and previous use. Overall we expect it to be in very good condition, but if you are not entirely satisfied please get in touch with us.