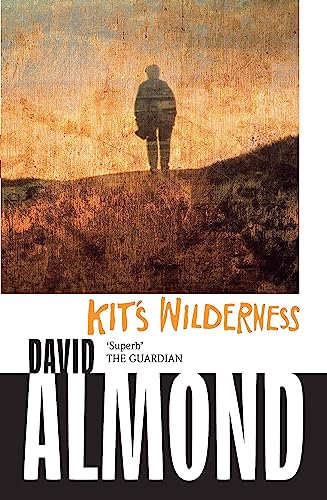 Used Price
$16.99
inc. GST
Free Shipping in Australia
In Stoneygate there was a wilderness, an empty space where the coal pit had once been. There, Kit met Askew, with his wild dog Jax. Askew, who ran the game called Death ... A superb book, winner of the Smarties Prize and the Michael L Printz Award.
Very Good Well Read

Kit has just moved to Stoneygate with his family, to live with his ageing grandfather who is gradually succumbing to Alzheimer's Disease. Stoneygate is an insular place, scarred by its mining history - by the danger and death it has brought them. Where the coal mine used to be there is now a wilderness.
Here Kit meets Askew, a surly and threatening figure who masterminds the game called Death, a frightening ritual of hypnotism; and Kit makes friends with Allie, the clever school troublemaker. As Kit struggles to adjust to his new life and the gradual failing of his beloved grandfather, these two friendships pull him towards a terrifying resolution. Haunted by ghosts of the past, Kit must confront death and - ultimately - life.

A stunning novel from the author of the modern children's classic Skellig - winner of the Carnegie Medal and the Whitbread Children's Book Award. David Almond is also winner of the 2010 Hans Christian Andersen award.

Magic of a very different kind -- Erica Wagner * The Times *
An enthralling, multi-layered and complex story with a tension that builds and grips the reader. A wonder ful read. * The Bookseller *
A writer of subtle, page-turning and daring exactness. * The Times Educational Supplement *
Extremely good. Written with an acute sense of place plus a touch of the supernatural. * The Independent *
Sensitive and absorbing. * The Observer *
Has the same mesmerising quality of writing and a hauntingly intense plot. * The Sunday Times *
The book treats all the great universal themes of literature - love, loss, redemption, mortality - with elegant, tender simplicity, and it is bound to touch any reader of whatever age. -- Raymond Seitz * The Daily Telegraph *
Very touching. * The Daily Telegraph *
An essential read from an original voice. * The Daily Telegraph *
A haunting read for thoughtful readers. * The Daily Telegraph *
A moving rites-of-passage novel. * The Guardian Weekly *
This superb piece of lyrically-written literary fiction captivates teenagers and their parents alike. * The Guardian *
Almond's magic is subtle, breath-taking, redemptive. * The Times *
Gripping, convincing and effortlessly well-written * The Observer Review *
Dark and gripping. * The Times *
Almond's masterpiece: Kit's Wilderness is one of those rare works that changes how we see the world * The Guardian *
Could a children's book win the Booker? The best writing is the kind that defies categories, and Almond's Kit's Wilderness makes the grade. * The Times *
You can feel the chill from the ghosts that haunt its pages. An essential read from an original voice in children's books. * The Daily Telegraph *
David Almond is a writer of subtle, page-turning and daring exactness, and he applies the same potent poetic and emphatic skills in his equally moving new novel. * Times Educational Supplement *
A children's book of stunning freshness and individuality. * Literary Review *
Deeper and more unsettling than Almond's breakthrough book. * Books For Keeps *
Dark and gripping. * The Times *

GOR001649303
Kit's Wilderness by David Almond
David Almond
Used - Very Good
Paperback
Hachette Children's Group
2008-01-17
240
034094496X
9780340944967
N/A
Book picture is for illustrative purposes only, actual binding, cover or edition may vary.
This is a used book - there is no escaping the fact it has been read by someone else and it will show signs of wear and previous use. Overall we expect it to be in very good condition, but if you are not entirely satisfied please get in touch with us.