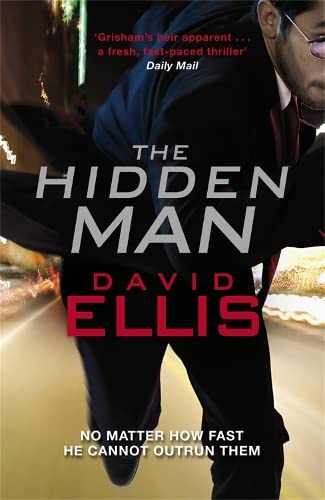 The Hidden Man
by David Ellis

The Hidden Man by David Ellis

One hot summer night two-year-old Audrey Cutler was snatched from her bedroom and never seen again. Twenty-six years later, her brother, Sammy, fatefully crosses paths with the man the police failed to convict for her abduction and murder. A few weeks later, that man is murdered. Attorney Jason Kolarich, Sammy's childhood friend, is engaged to defend him. But can he trust the people who hired him? Why are they paying for Sammy's defence and why do they want the case heard so quickly, leaving Kolarich no time to prepare? Why, when Kolarich's investigations lead the police to a buried cache of children's bodies, do they kidnap his brother and threaten his life? As the clock ticks for both his brother and his childhood friend, Jason must discover the shocking truth in order to save them and, finally, to save himself.

'A triumph for Ellis and a sheer pleasure for the reader' David Baldacci. * David Baldacci *
'A well-written, surprising, completely original gem. The best suspense novel I've read in a while' James Patterson. * James Patterson *
'Who does he think he is - John Grisham? The answer has to be - yes, with any luck. Ellis writes as well as his Georgia colleague, and his plotting is certainly sharper' Chicago Tribune. * Chicago Tribune *

* Daily Mail *
'A fresh take on the legal thriller, crackles with unexpected twists - like Patricia Highsmith with an extra shot of adrenaline' San Francisco Chronicle. 'David Ellis has been compared to big names such as Harlan Coben and John Grisham and his terse thriller, The Hidden Man, ticks a lot of the same boxes ... the fast-moving plot is ingenious and surprising' The Sun. * Sun *
The ingenious plot takes many turns before its unpredictable ending. Ellis's intelligent, inventive thriller is a splendid introduction to his work. More, please!' Sunday Telegraph. * Sunday Telegraph *
''A searing and suspenseful tale of law and murder and long-nurtured revenge... the best yet' Scott Turow. * Scott Turow *

David Ellis's previous novels include Line of Vision (winner of the Edgar Award for Best First Novel) and Eye of the Beholder. An attorney from Chicago, he currently serves as counsel to the Speaker of the Illinois House of Representatives.

GOR001603182
The Hidden Man by David Ellis
David Ellis
Used - Very Good
Paperback
Quercus Publishing
2010-02-04
352
1849161844
9781849161848
N/A
Book picture is for illustrative purposes only, actual binding, cover or edition may vary.
This is a used book - there is no escaping the fact it has been read by someone else and it will show signs of wear and previous use. Overall we expect it to be in very good condition, but if you are not entirely satisfied please get in touch with us.