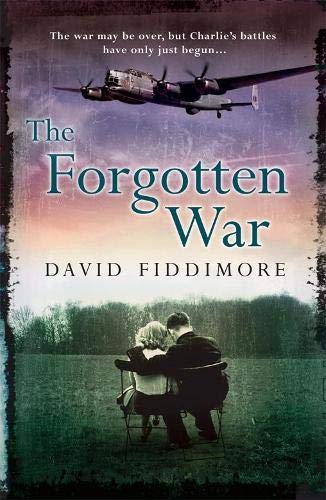 The Forgotten War
by David Fiddimore

Out of Stock
$16.49
inc. GST
The war may be over but Charlie's battles have only just begun...
Very Good
Only 0 left

The Forgotten War by David Fiddimore

The third book in the wartime series continuing from Tuesday's War and Charlie's War.

The war's over. Charlie Bassett is one of England's brave young survivors. Haunted by one woman's smile and by his wartime adventures, he finally returns back home to try to pick up the pieces of his broken life. There's just one small problem - everyone thinks he's dead.

Arrested as a deserter, his only way out of prison is to work for a shadowy government agency monitoring the growth of Communism in post-war Europe. Special radio missions keep him busy in the air, while his all-female team, headed up by the icy Miss Miller, keeps his feet firmly on the ground.

But then Charlie is forced to go undercover as a spy in a Communist group called the Rubble Rats. The government calls them the Red Menace, but Charlie finds a group of hard-working families just trying to get by - and his loyalties are torn. When he discovers that Grace Baker is one of them, Charlie must make some difficult decisions. For king and country? Or for the woman he once loved?

David Fiddimore was born in 1944 in Yorkshire and is married with two children. He worked for five years at the Royal Veterinary College before joining HM Customs and Excise, where his work included postings to the investigation and intelligence divisions. Nobody's War is the third novel in the Charlie Bassett trilogy. With his first novel, Tuesday's War, David Fiddimore reached the final of the first ever Richard & Judy 'How to Get Published' competition.

GOR001105555
The Forgotten War by David Fiddimore
David Fiddimore
Used - Very Good
Paperback
Pan Macmillan
2008-03-07
512
0330446940
9780330446945
N/A
Book picture is for illustrative purposes only, actual binding, cover or edition may vary.
This is a used book - there is no escaping the fact it has been read by someone else and it will show signs of wear and previous use. Overall we expect it to be in very good condition, but if you are not entirely satisfied please get in touch with us.