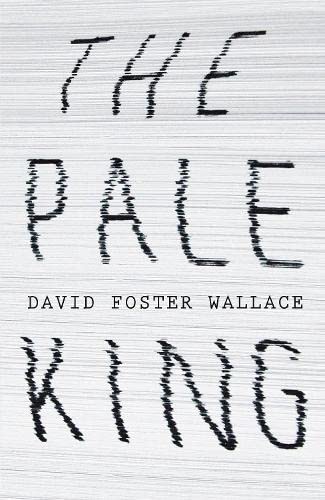 In Stock
$17.49
+10% GST
The agents at the IRS Regional Examination Centre in Peoria, Illinois, appear ordinary enough to newly arrived trainee David Foster Wallace. But as he immerses himself in a routine so tedious and repetitive that new employees receive boredom-survival training, he learns of the extraordinary variety of personalities drawn to this strange calling.
Very Good
Only 2 left

This is David Foster Wallace's final and most ambitious undertaking - an audacious and hilarious look into the abyss of ordinary life. The agents at the IRS Regional Examination Centre in Peoria, Illinois, appear ordinary enough to newly arrived trainee David Wallace. But as he immerses himself in a routine so tedious and repetitive that new employees receive boredom-survival training, he learns of the extraordinary variety of personalities drawn to this strange calling. And he has arrived at a moment when forces within the IRS are plotting to eliminate even what little humanity and dignity the work still has. "The Pale King" remained unfinished at the time of David Foster Wallace's death, but it is a deeply intriguing and satisfying novel, hilarious and fearless and as original as anything Wallace ever undertook. It grapples directly with ultimate questions - questions of life's meaning and of the ultimate value of work and family - through characters imagined with the interior force and generosity that were Wallace's unique gifts. Along the way it suggests a new idea of heroism and commands infinite respect for a writer who dared to take on the most daunting subjects the human spirit can imagine.

Achingly funny, nothing short of sublime * Publishers Weekly *
Rich and substantial and alive . . . Wallace's finest work as a novelist * Time *
The Pale King contains what's sure to be some of the finest fiction of the year . . . he was the closest thing we had to a recording angel * GQ *
Brilliant observation, and comic aside, and satirical nuance and existential theorising tumble over each other for the reader's attention . . . as alive and affecting as anything Wallace wrote * Observer *
Sometimes as a critic the most important part of your job is to say: here, this is it, we've found it, someone's doing it. That someone was Wallace. He was the real thing * Evening Standard *
Although unfinished, this work refines Wallace's tradition as an originator of meticulously constructed sentences that simultaneously induce laughter, contemplation, empathy and sorrow, but which ultimately leave the reader somehow changed . . . [Wallace] was not only the greatest writer of his generation, but one of the most important thinkers of the age * Courier Mail *
Everyone who cares about literature should buy it * The Age *
The Pale King gave me a pleasure and excitement that I can describe only as biological. That is to say, the book produced in me that very rare, warm, head-to-toe tingling that comes with admission to a paradise of language and intelligence -- Joseph O' Neill * The Times *
Remarkable -- Jonathan Derbyshire * New Statesman *
Fragmented, challenging, humorous and typically digressive, it is perhaps the most intriguing work of fiction ever written about boredom * Financial Times *

David Foster Wallace, who died in 2008, was the author of the acclaimed novels Infinite Jest and The Broom of the System and the short story collections Oblivion, Brief Interviews with Hideous Men and Girl with Curious Hair. His non-fiction includes several essay collections and the full-length work Everything and More.

GOR003597087
The Pale King by David Foster Wallace
David Foster Wallace
Used - Very Good
Hardback
Penguin Books Ltd
2011-04-06
560
0241144809
9780241144800
N/A
Book picture is for illustrative purposes only, actual binding, cover or edition may vary.
This is a used book - there is no escaping the fact it has been read by someone else and it will show signs of wear and previous use. Overall we expect it to be in very good condition, but if you are not entirely satisfied please get in touch with us.