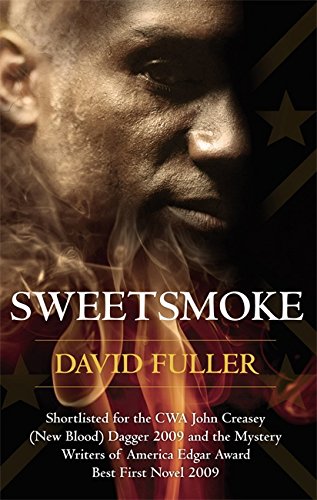 In Stock
$10.99
+10% GST
* A stunning debut novel of the struggle for freedom, set agains the turmoil of the American Civil War, and featuring the unforgettable Cassius, a slave working on a Virginia tobacco plantation - out now in paperback
Very Good
5 in stock

The American Civil War is in full flame, and tobacco plantation slave Cassius Howard finds he must risk everything to learn the brutal truth concerning the murder of Emoline Justice, the freed black woman who secretly taught him to read and who once saved his life.

Against an epic backdrop and with fleeting moments of redemptive passion, Sweetsmoke captures brilliantly the daily indignities and harrowing losses suffered by slaves, as well as the turmoil of a country waging countless wars within itself, and the lives of myriad people fighting for freedom.

Fuller works hard to give us a mid-19th century world that feels authentic, from small details . . . to the larger sprawl of the plantation . . . Captivating * The New York Times Book Review *
Meticulously researched and beautifully written, Sweetsmoke resonates with unforgettable characters and is a gripping story of loss and survival, * Robert Hicks, author of The Widow of the South *
Fascinating and gripping...The slave, Cassius, is a great fictional character, and his story is part mystery, part love story, and a harrowing portrait of slavery that reads with the immense power of the slave narratives. A tour de force * Pat Conroy, author of Beach Music, and South of Broad *

David Fuller has been a screenwriter for more than 25 years, and he spent eight years researching this novel, research that led to the discovery that one of his own ancestors fought in the Civil War and was a slave owner.

GOR001988841
Sweetsmoke by David Fuller
David Fuller
Used - Very Good
Paperback
Little, Brown Book Group
2010-07-01
320
0349121532
9780349121536
Short-listed for CWA Daggers: John Creasey (New Blood) 2009 (UK)
Book picture is for illustrative purposes only, actual binding, cover or edition may vary.
This is a used book - there is no escaping the fact it has been read by someone else and it will show signs of wear and previous use. Overall we expect it to be in very good condition, but if you are not entirely satisfied please get in touch with us.