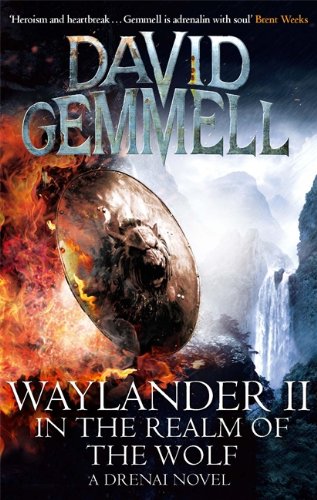 High in the wooded mountains of Skeln, the woodsman, Dakeyras, and his daughter Miriel, live a life of solitude. Unbeknown to them, a group of bloodthirsty warriors stalk the mountains. Men who have never known defeat, to whom revenge and torture are meat and drink. For ten thousand in gold they are eager to kill the woodsman.

Battle-hardened warriors all, they have no fear of this task - but they should have. For Miriel is a woman of fire and iron, skilled with bow and blade and taught her skills by one of the deadliest killers of all time . . .

Her father, Dakeyras, better known as Waylander the Slayer.

Several rungs above the good right into the fabulous -- Anne McCaffrey Has pace, conviction and gritty resolute vitality...The result is a book that will be enjoyed by Tolkien fans TIMES EDUCATIONAL SUPPLEMENT David Gemmell manages to take a familiar, generic scenario and infuse it with meaning...it's a thoughtful genre fantasy, a bit chewier than most, and quite, quite tasty LOCUS

David Gemmell's first novel, LEGEND, was published in 1984 and he was widely acclaimed as Britain's king of heroic fantasy. He died in July 2006.

GOR005407608
Waylander II by David Gemmell
David Gemmell
Drenai
Used - Very Good
Paperback
Little, Brown Book Group
2012-06-07
352
0356501418
9780356501413
N/A
Book picture is for illustrative purposes only, actual binding, cover or edition may vary.
This is a used book - there is no escaping the fact it has been read by someone else and it will show signs of wear and previous use. Overall we expect it to be in very good condition, but if you are not entirely satisfied please get in touch with us.