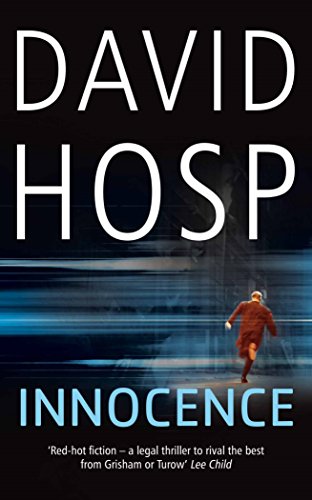 No longer a pawn at one of Boston's most prestigious law firms, attorney Scott Finn has returned to the tough Charlestown streets of his youth, where he ekes out a living from any legal work he can get. But nothing has prepared him for a case as twisted as the one he now faces.

Fifteen years ago, a female undercover cop survived a brutal attack and was shot with her own revolver. She positively identified doctor and illegal immigrant Vincente Salazar and his fingerprints were found on the gun. Convicted to fifty years behind bars, and forgotten by everyone but his grieving family, he always proclaimed his innocence. Now he finds support in his claim for a new trial and Finn is the only one able to fight to find the truth.

Allying himself with maverick detective Tom Kozlowski, Finn uncovers a web of lies, corruption and secrets that stretch from Central America to Boston's suburbs which could threaten the security of the nation. Before Finn and Kozlowski know it, it will be their lives that hang in the balance as they search desperately for the thin line between guilt and innocence.

David Hosp is a lawyer and a partner in the Trial Department at one of Boston's oldest and largest law firms. He currently lives south of Boston with his wife and their children.
GOR001154867
9780330456982
0330456989
Innocence by David Hosp
David Hosp
Used - Very Good
Paperback
Pan Macmillan
2009-04-03
480
N/A
Book picture is for illustrative purposes only, actual binding, cover or edition may vary.
This is a used book - there is no escaping the fact it has been read by someone else and it will show signs of wear and previous use. Overall we expect it to be in very good condition, but if you are not entirely satisfied please get in touch with us
Trustpilot