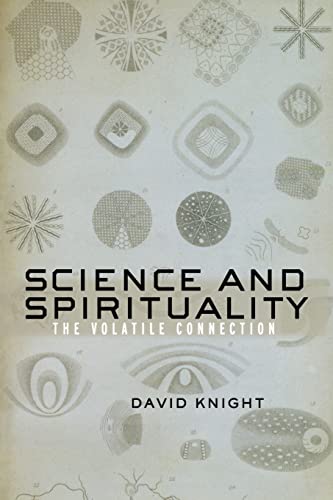 Science and Spirituality
by David Knight

Out of Stock
$44.99
inc. GST
"Science and Spirituality" offers a new history of the interaction between Western science and faith, which explores their volatile connection, and challenges the myth of their being locked in inevitable conflict.
Very Good
Only 0 left

Science and Spirituality: The Volatile Connection by David Knight

Until the end of the eighteenth century, almost everyone believed that the empirical world of science could produce evidence for a wise and loving God. By the twenty-first century this comforting certainty has almost vanished. What caused such a cataclysmic change in attitudes to science and to the world?
Science and Spirituality offers a new history of the interaction between Western science and faith, which explores their volatile connection, and challenges the myth of their being locked in inevitable conflict.
Journeying from the French Revolution to the present day, and taking in such figures as Francis Bacon, Rene Descartes, Charles Darwin, Immanuel Kant, Albert Einstein, Mary Shelley and Stephen Hawking, David Knight shows how science evolved from medieval and Renaissance forms of natural theology into the empirical discipline we know today. Focusing on the overthrow of Church and State in revolutionary France, and on the crucial nineteenth century period when a newly emerging scientific community rendered science culturally accessible, Science and Spirituality shows how scientific disenchantment has provided some of our most flexible and powerful metaphors for God, such as the hidden puppet-master and the blind watchmaker, and illustrates how questions of moral and spiritual value continue to intervene in scientific endeavour.

'Knight raises issues that are not solely of historical interest ... he possesses a light literary touch, which makes the book such an enjoyable read. Moreover, his discussion is always informative and brimming with humane insights and historical perceptions.' - Geoffrey Cantor, Chemistry and Industry

'This books should be required reading for all those who are concerned with contemporary religious understanding.'

'This book is an excellent account of the subtle and complex interactions between Christian faith and scientific investigations and discoveries in England from the late 18th century onwards.' - Church Times

'Any authoritative reading of the relations between science and spirituality requires encyclopaedic learning in more than one discipline, and an eye for the significant detail. With 638 footnote references to the relevant literature, David Knight scores on both counts, and yet still remains enjoyably readable.' - The Christian Parapsychologist

GOR005339707
Science and Spirituality: The Volatile Connection by David Knight
David Knight
Used - Very Good
Paperback
Taylor & Francis Ltd
2003-09-25
240
0415257697
9780415257695
N/A
Book picture is for illustrative purposes only, actual binding, cover or edition may vary.
This is a used book - there is no escaping the fact it has been read by someone else and it will show signs of wear and previous use. Overall we expect it to be in very good condition, but if you are not entirely satisfied please get in touch with us.