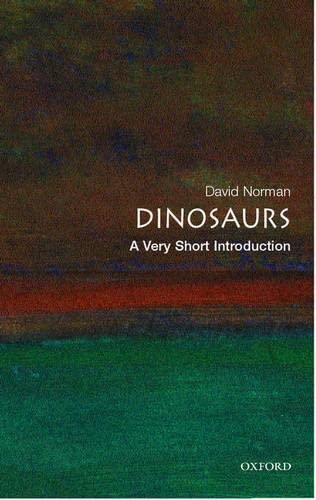 In Stock
$15.49
inc. GST
This is the first accessible book to explain the most recent findings in dinosaur reasearch. It tells the story behind the exciting scientific discoveries that have built up a picture of how dinosaurs looked, what they ate, and how they moved and interacted with each other.
Very Good
7 in stock

The popularity of dinosaurs seems never ending, fuelled by films such as Jurassic Par and documentaries (Walking with Dinosaurs). But how much do these popular programmes really tell us about the recent scientific discoveries and the latest research into the world of the dinosaur? This is the first book explain the latest findings in dinosaur research and the exciting scientific discoveries that have built up a picture of how dinosaurs looked, what they ate, and how they moved and interacted with each other. Taking a new approach to the subject, David Norman combines many areas of science, such as anatomy, genetics, forensics and engineering design, to piece together the evidence of how animal life evolved on earth, and why it did in the way that it did. David Norman also discusses the role that informed speculation and luck has played in many of the major discoveries. Starting with ancient myths of dinosaur-like monsters (dragons) and the history of the discovery of dinosaurs, he goes on to discuss their evolution and the many different techniques used to understand them, including the latest virtual reality animation sequences and engineering design analysis. ABOUT THE SERIES: The Very Short Introductions series from Oxford University Press contains hundreds of titles in almost every subject area. These pocket-sized books are the perfect way to get ahead in a new subject quickly. Our expert authors combine facts, analysis, perspective, new ideas, and enthusiasm to make interesting and challenging topics highly readable.

Dinosaurs: A Very Short Introduction is anything but. Instead, Dave Norman's book is a tour de force on the latest research on these terribly great reptiles, much of it by himself. An excellent read!! * David B. Weishampel, Senior Editor, The Dinosauria *
...a fascinating series of brief, "all-you-need-to-know" introductions by experts to complex topics. * Iain Finlayson, The Times *

David Norman is Director, Sedgwick Museum, Cambridge University and directs major research groups in the areas of palaeobiology, anatomy and evolution. He has published extensively on Dinosaurs both for the general and academic market. The Illustrated Encyclopaedia of Dinosaurs (Salamander/Crescent Books US 1985) has sold over half a million copies and was Library Journal Science Book of Year. Dinosaur! (Boxtree, 1992) was Library Journal Science Book of Year and Palaeontological Society (US) Best Popular Book 1996.

GOR001316931
Dinosaurs: A Very Short Introduction by David Norman (Director of Sedgwick Museum, Cambridge University)
David Norman (Director of Sedgwick Museum, Cambridge University)
Very Short Introductions
Used - Very Good
Paperback
Oxford University Press
2005-07-28
192
0192804197
9780192804198
N/A
Book picture is for illustrative purposes only, actual binding, cover or edition may vary.
This is a used book - there is no escaping the fact it has been read by someone else and it will show signs of wear and previous use. Overall we expect it to be in very good condition, but if you are not entirely satisfied please get in touch with us.