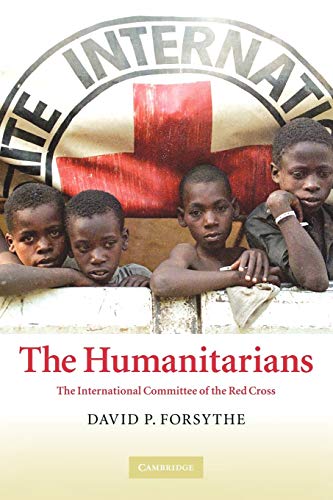 The Humanitarians
by David P. Forsythe

Out of Stock
$65.99
inc. GST
The International Committee of the Red Cross (ICRC) coordinates the world's largest private relief system for conflict situations. This book examines the ICRC from its origins in the middle of the nineteenth century until the present day, and provides a comprehensive overview of a unique private organisation.
Very Good
Only 0 left

The Humanitarians: The International Committee of the Red Cross by David P. Forsythe

The International Committee of the Red Cross (ICRC) coordinates the world's largest private relief system for conflict situations. Its staff operates throughout the world, and in recent years the ICRC has mounted large operations in the Balkans and Somalia. Yet despite its very important role its internal workings are mysterious and often secretive. This book examines the ICRC from its origins in the mid-nineteenth century up to the present day, and provides a comprehensive overview of a unique private organisation, whose governing body remains all-Swiss, but which is recognized in international law as if it were an inter-governmental organization. David Forsythe focuses on the policy making and field work of the ICRC, while not ignoring international humanitarian law. He explores how it exercises its independence, impartiality, and neutrality to try to protect prisoners in Iraq, displaced and starving civilians in Somalia, and families separated by conflict in the Israeli-Palestinian conflict. David Forsythe received the Distinguished Scholar Award for 2007 from the Human Rights Section of the American Political Science Association.

David P. Forsythe is Charles J. Mach Distinguished Professor, and University Professor at the University of Nebraska, Lincoln. He has published extensively on different aspects of International Relations including Human Rights in International Relations (Cambridge, 2000), which has been translated into Arabic, Chinese, Turkish, Korean, and Bulgarian, and most recently, Human Rights and Diversity: Area Studies Revisited (edited with Patrice McMahon, 2004). He is also the general editor of the new edition of The Encyclopedia of Human Rights.

GOR005317223
The Humanitarians: The International Committee of the Red Cross by David P. Forsythe
David P. Forsythe
Used - Very Good
Paperback
Cambridge University Press
2005-08-11
376
0521612810
9780521612814
N/A
Book picture is for illustrative purposes only, actual binding, cover or edition may vary.
This is a used book - there is no escaping the fact it has been read by someone else and it will show signs of wear and previous use. Overall we expect it to be in very good condition, but if you are not entirely satisfied please get in touch with us.