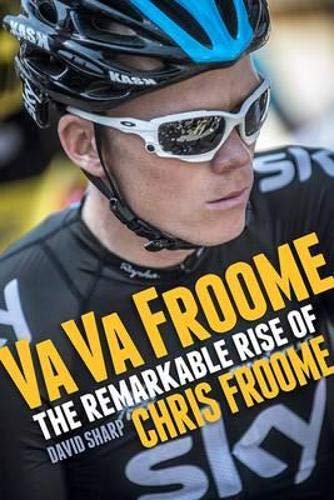 On 21 July 2013 Chris Froome made history as the second British cyclist to win the Tour de France - in the 100th edition of the world's most famous bike race - and the first ever African-born rider to wear the coveted maillot jaune on the top step of the podium in Paris. Froome's path into the elite ranks of road racing - from mountain biking alongside wild animals on dusty roads in the nature reserves of Kenya's Great Rift Valley to the giddy heights of the Tour de France - has been unlike any other in the annals of the sport. Born in Nairobi to British parents he was educated in South Africa and studied economics at university. But he abandoned his degree to take up the offer of a professional cycling contract in Europe. A fish out of water, unused to the harsh northern hemisphere winters, with no idea of the tactics, discipline or etiquette of riding in the professional peloton, Froome encountered a shock entrance into the rough and tumble world of top level European bike racing.
Incredibly, within two years - and despite his progress being severely hampered when he contracted a debilitating tropical disease - Froome had signed for the world's biggest cycling team, British cycling supremo Sir Dave Brailsford's Team Sky, finished second overall in the Vuelta a Espana, and sacrificed his own ambitions to help teammate Bradley Wiggins claim Britain's first ever Tour de France title in 2012. At the turn of 2013 Froome superseded Wiggins as Sky's team leader and went on to win four out of the five stage races he entered, including the prestigious Criterium du Dauphine, before dominating the 2013 Tour de France on a relentless pursuit of the ultimate prize in cycling. David Sharp tells the story of a unique athlete's remarkable journey that led him from riding his bike for fun in the Ngong Hills of Kenya to the very pinnacle of the sport and victory in the world's toughest race.

David Sharp spent seven years with the BBC in London and Glasgow covering sport, on their website and on the radio. Previously, he had spent three years travelling around the world covering bike races such as the Tour de France, Giro d'Italia, Paris- Roubaix, and interviewing all the big names in the sport in his role as Deputy Editor of pro-cycling magazine in London. He now freelances for various publications, including The Herald newspaper and the acclaimed Rouleur magazine. He lives in Berlin.

GOR004959612
Va Va Froome: The Remarkable Rise of Chris Froome by David Sharp
David Sharp
Used - Very Good
Paperback
Birlinn General
2013-06-18
240
190971500X
9781909715004
N/A
Book picture is for illustrative purposes only, actual binding, cover or edition may vary.
This is a used book - there is no escaping the fact it has been read by someone else and it will show signs of wear and previous use. Overall we expect it to be in very good condition, but if you are not entirely satisfied please get in touch with us.