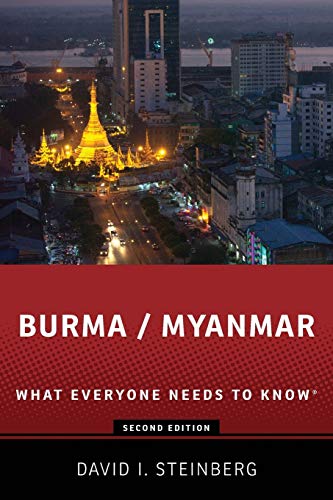 It is unlikely that any country in Asia in recent years has undergone such internal policy shifts in so short a time as Myanmar. Until recently, the former British colony had one of the most secretive, corrupt, and repressive regimes on the planet, a country where Nobel Peace Prize laureate Aung San Suu Kyi was held in continual house arrest and human rights were denied to nearly all. Yet events in Myanmar since the elections of November 2010 have profoundly altered the internal mood of the society, and have surprised even Burmese and seasoned foreign observers of the Myanmar scene. The pessimism that pervaded the society prior to the elections, and the results of that voting that prompted many foreign observers to call them a "sham" or "fraud," gradually gave way to the realization that for reasons, variously interpreted, positive change was in the air. Taking into account the dramatic changes the country has seen in the past two years-including the establishment of a human rights commission, the release of political prisoners, and reforms in health and education-David I. Steinberg offers an updated second edition of Burma/Myanmar: What Everyone Needs to Know. More than ever, the history, culture, and internal politics of this country are crucial to understanding the breaking headlines emerging from it today and placing them in a broader context. Geographically strategic, Burma/Myanmar lies between the growing powers of China and India, and has a thousand-year history as an important realm in the region-yet it is mostly unknown to Westerners. Burma/Myanmar is a place of contradictions: a picturesque land with mountain jungles and monsoon plains, it is one of the world's largest producers of heroin. Though it has extensive natural resources including oil, gas, teak, metals, and minerals, it is one of the poorest countries in the world. And despite a half-century of military-dominated rule, change is beginning to work its way through the beleaguered nation, as it moves to a more pluralistic administrative system reflecting its pluralistic cultural, multi-ethnic base. Authoritative and balanced, Burma/Myanmar is an essential book on a country in the throes of historic change.
"[A] pointed briefing."--Foreign Affairs
"Steinberg is well qualified to shed light in a balanced fashion on the complex issues that plague the country ... [The book's] extended question-and-answer format makes this a handy quick reference source for those wanting to cut straight to the main points. VERDICT This is a top choice for students and those with a probing interest in world affairs. Whatever we call it, we are certain to be hearing more about this country."--Library Journal
David I. Steinberg is a specialist on Burma/Myanmar, South Korea, Southeast Asia, and U.S. Policy on Asia. He is Distinguished Professor of Asian Studies, at the Georgetown University School of Foreign Service
Introduction ; 1. The Crises That Are Burma/Myanmar ; 2. Important Residues from the Precolonial Period ; 3. The Colonial Era's Importance in Understanding Burma/Myanmar Today ; 4. Independence and the Civilian Government (1948-1962) ; 5. The Military Coup, the Socialist Period (1962-1988), and the Perpetuation of Military Rule ; 6. The SLORC/SPDC Era (1988-Present) ; 7. The Nature of Burmese Politics ; 8. Issues in Myanmar's Future ; 9. The Process of Positive Change ; Coda
GOR007306734
9780199981687
019998168X
Burma/Myanmar: What Everyone Needs to Know (R) by David Steinberg (Professor of Asian Studies, Professor of Asian Studies, Georgetown University Schoolf of Foreign Service)
David Steinberg (Professor of Asian Studies, Professor of Asian Studies, Georgetown University Schoolf of Foreign Service)
What Everyone Needs To Know (R)
Used - Very Good
Paperback
Oxford University Press Inc
2013-06-21
288
N/A
Book picture is for illustrative purposes only, actual binding, cover or edition may vary.
This is a used book - there is no escaping the fact it has been read by someone else and it will show signs of wear and previous use. Overall we expect it to be in very good condition, but if you are not entirely satisfied please get in touch with us
Trustpilot