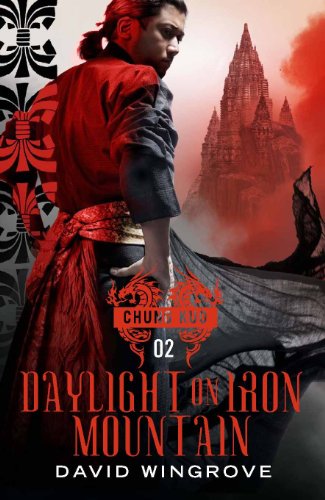 Used Price
$40.99
inc. GST
Free Shipping in Australia
China is on the verge of world domination, but now rebellion threatens it's dominion. Can the kingdom weather the storm? The second installment of David Wingrove's epic masterpiece CHUNG KUO.
Very Good

Seventy-five years in the future... Earth is ruled by China ... Cities span entire continents... History has been erased...

2087: Japan lies under a radioactive cloud, its denizens wiped out. America has been subjugated, its inhabitants dispersed in the world of levels. The banner armies of Tsao Ch'un - the Son of Heaven, supreme ruler of Chung Kuo - are mobilizing against pockets of resistance in the Middle East.

But even the Son of Heaven cannot live forever. Already the envoys of the Seven Dragons are being turned away from the Black Tower. Faced with the capricious behaviour of an aging tyrant, the Wheel of Dragons is about to turn against its master.

In the depths of the world of levels, far below the towers of genetics mega-corporations and the AI-controlled villas of the elite, far from the patrolling attack craft of Tsao Ch'un, the anger of the people is becoming outright rebellion.

The fight for the new world is just beginning.
Welcome to the future.

Love, tragedy, joy... all human life (and death) is here * The Times *
One of the masterpieces of the decade * Washington Post *
Quite extraordinary... finally delivers SF into the hands of an English Proust * BRIAN ALDISS *
Excellent... with a well-imagined universe, well-executed characters and action that doesn't let up, this is Orwell's 1984 but on an enormous canvas packed with detail * Toronto Globe and Mail *

David Wingrove is the Hugo Award-winning co-author (with Brian Aldiss) of The Trillion Year Spree: The History of Science Fiction. He is also the co-author of the first three MYST books - novelizations of one of the world's bestselling computer games. He lives in north London with his wife and four daughters.

GOR005257411
Daylight on Iron Mountain by David Wingrove
David Wingrove
CHUNG KUO SERIES
Used - Very Good
Paperback
Atlantic Books
2011-11-01
368
184887832X
9781848878327
N/A
Book picture is for illustrative purposes only, actual binding, cover or edition may vary.
This is a used book - there is no escaping the fact it has been read by someone else and it will show signs of wear and previous use. Overall we expect it to be in very good condition, but if you are not entirely satisfied please get in touch with us.