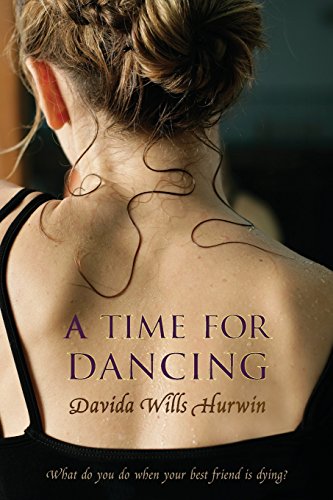 A Time for Dancing
by Davida Wills Hurwin

In Stock
$18.49
inc. GST
Sam and Jules have been best friends forever. Now, in the summer before their senior year, they'll share triumphs and face the fears together. But neither of them is prepared for what happens when Jules is diagnosed with an incurable cancer.
Very Good Good
Only 2 left

A Time for Dancing Summary

A Time for Dancing by Davida Wills Hurwin

Sam and Jules - everyone knows that when you see one, the other can't be far behind. Best friends for more than half their lives, the two are practically inseparable. And in the summer before their last year of high school, Sam and Jules are certain that whatever the future brings - college or professional dance careers or both - they'll be ready for it, sharing the triumphs and facing the tears together.

But nothing could have prepared them for Jules's sudden illness and the discovery of its cause - cancer. Sam tries to be a true friend, supporting Jules during the weeks of testing and doctors and treatments, but the horrifying pain and indignities that Jules suffers, and the feeling that she has lost control over her own life, force Jules to a place where even Sam cannot follow. Now both Jules and Sam must learn to accept the unacceptable - that Jules's cancer may not go away. How each, in her own way, comes to face the possibility of Jules's death, and learns to celebrate her life, makes for a searingly honest, unforgettable novel.

A Time for Dancing Reviews

* "An unforgettable debut by a writer to watch...The novel is beautifully composed, with dialogue that never falters, characters who are fully realized, and plotting to make readers turn the pages through their tears." - Kirkus (starred review)

"Few YA dramas deal with the issue of terminal illness as intimately as this gripping first novel ... hauntingly true to life." - Publishers Weekly

"A Time for Dancing will hold fans of this genre glued to the page and with good reason... the novel resonates with grace and power." Booklist

"A personal look at how terminal illness affects the lives of best friends and those around them... a good choice." School Library Journal

Davida Wills Hurwin is the author of A Time for Dancing (an ALA Best Book for Young Adults) and The Farther You Run. She teaches theater at Crossroads School for Arts and Sciences and still loves to dance. She lives in Southern California with her husband and daughter.