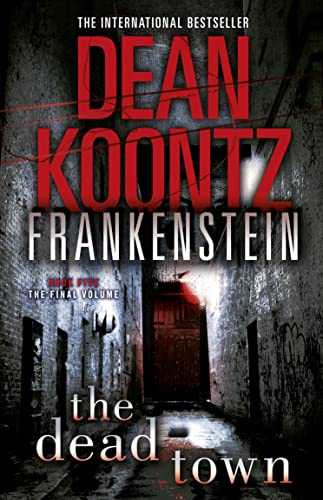 Dean Koontz is an international household name whose hugely entertaining parables for our times have been bestsellers in many countries, selling seventeen million copies each year. Born and raised in Pennsylvania, he lives with his wife Gerda, their dog Anna, and the enduring spirit of their dog Trixie in southern California

GOR002825992
The Dead Town (Dean Koontz's Frankenstein, Book 5) by Dean Koontz
Dean Koontz
Dean Koontz's Frankenstein
Used - Very Good
Paperback
HarperCollins Publishers
2011-06-23
400
0007354029
9780007354023
N/A
Book picture is for illustrative purposes only, actual binding, cover or edition may vary.
This is a used book - there is no escaping the fact it has been read by someone else and it will show signs of wear and previous use. Overall we expect it to be in very good condition, but if you are not entirely satisfied please get in touch with us.