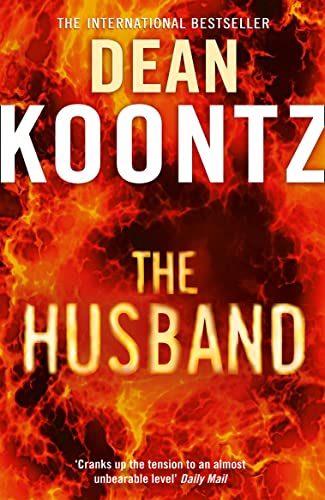 The Husband
by Dean Koontz

Mitch Rafferty has just sixty hours to save his wife.

The Husband by Dean Koontz

Mitch Rafferty has just sixty hours to save his wife.

A suspense novel - and love story - from one of the most acclaimed and popular authors of modern times.

Landscape gardener Mitchell Rafferty was busy planting beds of impatiens for one of his clients when his phone rang. It was a voice he didn't know. `We have your wife. You can get her back for two million cash.'

Now he's standing in a normal suburban neighbourhood on a bright summer day having a phone conversation out of his darkest nightmare.

Mitch thinks it must be some kind of a joke. But whoever is on the other end of the line is dead serious. `See that guy across the street?'

Rifle fire shatters the stilllness as the man goes down, shot in the head. `An object lesson.'

The caller doesn't care that Mitch has no way of raising such a vast sum. He's confident that Mitch will find a way. `If he loves his wife enough.'

Mitch does love her enough. He's got sixty hours to prove it. He'll pay anything. He'll pay a lot more than two million dollars.

A story of love, tenacity and courage with the pace of a runaway train, from its tense opening to its shattering climax, `The Husband' is a thriller that holds the reader in its relentless grip.

`There's surprise after surprise, including a killer finale ... a read-in-one-go novel.' Independent on Sunday on `Velocity'

`Hits its pace from the first page and races through to a suitably climactic ending.' Sydney Sunday Telegraph

'Dean Koontz is not just a master of our darkest dreams, but also a literary juggler.' The Times

Dean Koontz is an international household name whose hugely entertaining parables for our times have been bestsellers in many countries, selling seventeen million copies each year. Born and raised in Pennsylvania, he lives with his wife Gerda, their dog Anna, and the enduring spirit of their dog Trixie in southern California

GOR002665811
The Husband by Dean Koontz
Dean Koontz
Used - Very Good
Paperback
HarperCollins Publishers
2011-03-03
464
0007368275
9780007368273
N/A
Book picture is for illustrative purposes only, actual binding, cover or edition may vary.
This is a used book - there is no escaping the fact it has been read by someone else and it will show signs of wear and previous use. Overall we expect it to be in very good condition, but if you are not entirely satisfied please get in touch with us.